Turkish Cypriot leader Mehmet Ali Talat and Christofias will meet on Friday to decide whether to start direct negotiations. 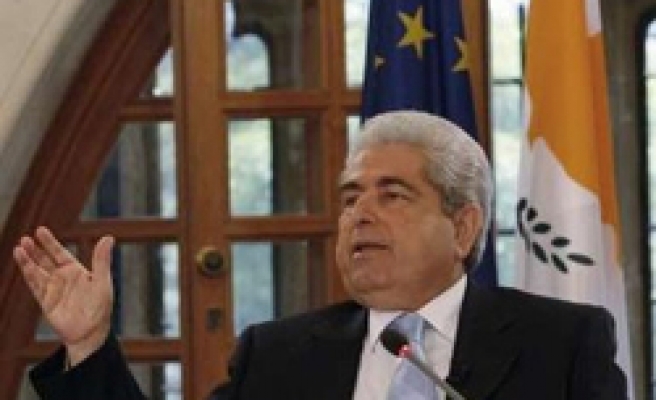 The central state would have one sovereignty, one citizenship, one economy, and one international personality, while the two communities would have political equality, the Greek Cypriot leader Demetris Christofias told a state television on Sunday, Cyprus Mail.

Turkish Cypriots and Turkey insist the solution must base on two equal states and two equal communities.

A president from the Greek Cypriot community would hold the office for a longer period, while the Vice President in that case would come from the other community, Cyprus Mail reported.

Christofias, who prepared the public for new negotiations in the interview, also said the only way he would not go forward with negotiations was if the National Council – the advisory body on the Cyprus issue – went against him unanimously, not likely to occur, it added.

Christofias said he would also battle for demilitarization of the island and the suppression of foreign guarantor powers, a reduction in the number of Turkish settlers, and the right of return and property for Greek Cypriots.

Christofias said Turkish Cypriot leader has good will, and added the two leaders are still friendly, despite the difficulties.

Reunification talks in the island have been deadlocked since 2004, when Greek Cypriots rejected a U.N. reunification blueprint in a referendum, in which Turkish Cypriots approved the so-called Annan plan. Cyprus has been divided since 1964 when Turkish Cypriots forced to withdraw into enclaves.

Delegations from the Turkish Republic of Northern Cyprus (TRNC) and Greek Cypriot administration would convene on Tuesday to make preliminary preparations for the meeting of TRNC President Mehmet Ali Talat and his Greek Cypriot counterpart Demetris Christofias on Friday, July 25th.

Talat's meeting with Christofias would take place at the residence of Taye-Brook Zerihoun, special representative of the UN Secretary-General and chief of UN Peacekeeping Force in Cyprus, in the buffer zone.