A prominent senator for the Greens party has joined leftist and some centrist misgivings about the possible election of right-wing candidate Nicolas Sarkozy in the upcoming presidential run-off, warning that the former interior minister was jeopardizing F 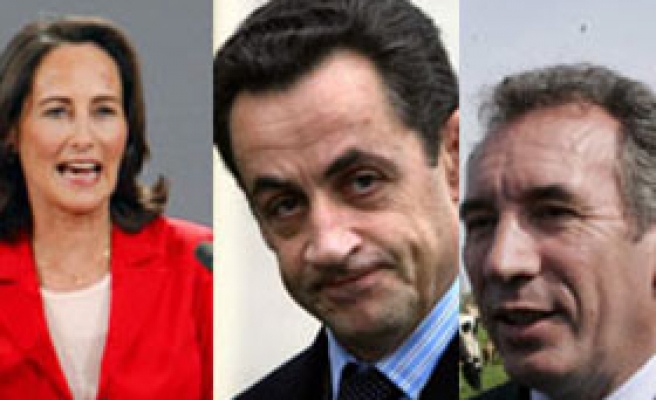 A prominent senator for the Greens party has joined leftist and some centrist misgivings about the possible election of right-wing candidate Nicolas Sarkozy in the upcoming presidential run-off, warning that the former interior minister was jeopardizing France's hard-won achievements.

"Sarkozy's election will be a real threat to France at all levels," Alima Boumediene told IslamOnline.net Saturday, April 28, in an interview.

"All people who believe in the French democracy should ready themselves to vote for anyone except for Sarkozy," she added.

Opinion polls give Sarkozy the lead with 52.5% against 47.5% for socialist candidate Segolene Royal in the May 6 run-off elections.

Painted by his enemies as brutal and authoritarian, experts agree that Sarkozy's tough-as-nails persona is his Achilles' heel.

In the countdown to the presidential run-off, Royal has zeroed in on the tough-guy reputation that Sarkozy earned as interior minister, contrasting his "brutality" with her claim to a nurturing approach.

But Sarkozy has pledged a "clean break" from the politics of the past, centering his campaign around themes such as the work ethic, national identity, immigration and economic liberalization.

Rashid Qassi, a spokesman for Sarkozy in his presidential bid, had told IOL that Sarkozy wanted to turn a new leaf with the suburbanites, who were alienated by his "scum" and "rabble" statements in the wake of the 2005 suburb riots.

Qassi cited positive discrimination, funds for mosques and a key support for immigrants threatened with deportation as the trump cards of Sarkozy to win back the confidence of suburbanites and citizens of immigrant background.

"Sarkozy poses a threat to French democracy, freedom of expression and independence of the judiciary as he directly interferes in the internal affairs of judges," she said.

Boumediene charged that Sarkozy used his influence and powers as interior minister and confiscated books attacking his persona and banned leading publishing houses from printing them.

"He is a threat to the deeply-rooted French values and pitting the French against one another," she added.

Azouz Begag, the former minister of equal opportunities, had said that Sarkozy was furious at his recently published book, which is highly critical of the right-wing candidate.

Begag said tat Sarkozy called him on the telephone, yelling: "You're an asshole, a disloyal bastard! I'm going to smash your face."

Royal charged Friday hat Sarkozy had pressured the main TV stations in the country to block a debate with Centrist Francois Bayrou — who won nearly 19 percent of the vote in the April 22 multi-candidate first round — denouncing his "conniving with powerful media interests."

Royal and Bayrou had their debate on a private channel early on Saturday.

In her debate, which was aired early on Saturday, Royal appealed to the 6.8 million voters who backed Bayrou in the first round to vote her now in the May 6 runoff against frontrunner Sarkozy.

Campaigning in the northern French town of Valenciennes, Sarkozy vehemently denied that he had tried to scupper the meeting, saying that he did not control journalists.

A new poll released Saturday showed that 35 percent of Bayrou's voters would back Royal in the runoff compared to 29 percent for Sarkozy.

An additional 36 percent of the Bayrou electorate, which holds the key to victory, plan to abstain or have yet to make up their minds, according to the Ipsos/Dell survey.

But Sarkozy, who won a comfortable lead in round one, remains ahead, with 52.5 percent of voter intentions against 47.5 percent for Royal.

Sarkozy will face off with Royal in a televised debate on Wednesday evening that is expected to be the high point of a months-long presidential campaign dominated by calls for change after 12 years under Chirac.

"He is for striking Iran (over its nuclear program)," she said.

"Sarkozy is known for pro-Israel stances, which come at the expense of Arab justice," Boumediene added.

Sarkozy has built a reputation of being a staunch supporter for Israel.

He was praised by Patrick Gaubert, the head of the Paris-based International League Against Racism and Anti-Semitism, as a "real star" among the French Jews estimated at 500,000.

Proud to be a son of a Hungarian immigrant and a mother of Greek Jewish origin, Sarkozy describes himself a "friend of Israel." Last Mod: 29 Nisan 2007, 10:01
Add Comment