Group of Iraqis asks UN to take over country

A group of Iraqi tribal leaders, former politicians and intellectuals appealed Wednesday to the United Nations to take control of Iraq in a move they say would help U.S. troops leave the occupied country. 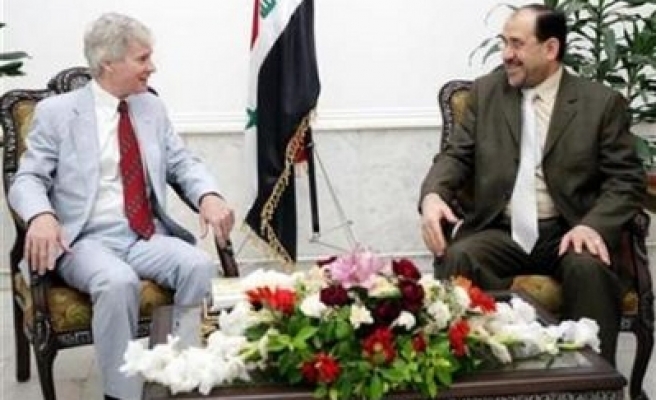 The request was addressed to U.N. Secretary-General Ban Ki-moon and delivered to the Cairo offices of the organization.

"We believe that the only opportunity left for Iraq to be saved from a dark, but not inevitable future, is to engage the international community represented by the United Nations," the letter said. "Such a step will allow the American troops to leave and the occupation to be brought to its end."

The group's coordinators include Adeeb al-Jadir, Ahmed Al-Haboubi and Nouri Abdel Razak Hussein, politicians overthrown in 1968 when Saddam Hussein's Baath party came to power and long part of the liberal anti-regime opposition prior to the U.S.-led invasion in 2003.

The U.N. dramatically curtailed its operations in Iraq after an August 2003 suicide attack killed its representative and scores of others. The United States has been pushing for an expanded U.N. role in Iraq but that did not include supervising the country.

The Iraqi group said the world body should supervise a new security plan to restore order during a transitional period and prepare for new elections of a government to replace Nouri al-Maliki's troubled cabinet.

Representatives for the campaign will travel to the U.N. headquarters in New York to seek support from key members, said al-Haboubi, a former government minister.

"We are also ready to discuss our proposals with U.S. officials," he said.

The men said the petition was signed by dozens of Iraqi dignitaries and they had scores of supporters in Iraq who preferred to rename anonymous for know to avoid harassment.

Sue against US forces

Meanwhile, the Iraqi government on Wednesday announced a committee formed to explore ways citizens could sue U.S. forces involved in "unjustified killings," according to the prime minister's office.

The U.S. military did not immediately respond to requests for comment.