Guantanamo detainee says will suicide out of despair

A detainee at Guantanamo Bay who has repeatedly attempted suicide warned in a letter released that he still hoped to kill himself out of despair over his confinement and conditions at the U.S. military prison in Cuba. 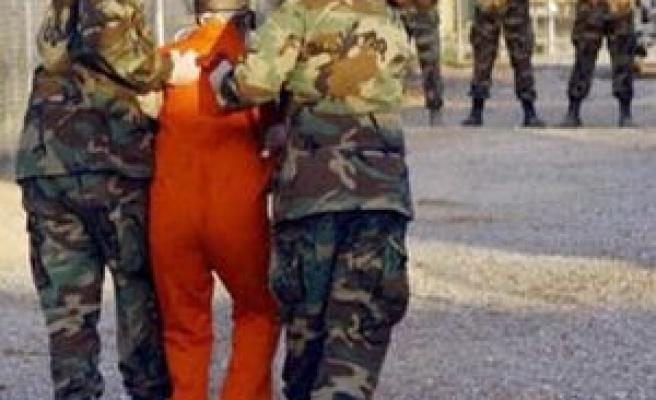 A detainee at Guantanamo Bay who has repeatedly attempted suicide warned in a letter released Sunday that he still hoped to kill himself out of despair over his confinement and conditions at the U.S. military prison in Cuba.

Juma Mohammed Al-Dossary said he would prefer death than his open-ended detention at Guantanamo, where he complains that he and other detainees have been mistreated by the U.S. military.

"I swear to God, if I have the opportunity I would end my life," Al-Dossary says in the letter, which was reviewed by the military before its release by his attorney.

The 33-year-old detainee, who has been held at the camp without charges since January 2002, has tried to kill himself at least 10 times at Guantanamo, according to the U.S. government.

In October 2005, Al-Dossary slashed his arm and tried to hang himself during a break in a meeting with his attorney, Joshua Colangelo-Bryan. The former chief medical officer at Guantanamo said in court papers filed a month after the incident that the detainee had undisclosed mental health issues and often refused to take medicine or cooperate with therapists.

"He seemed utterly exhausted and desperate," the attorney said in a telephone interview from New York.

Al-Dossary is a native of Bahrain who served as an imam for about six months at a mosque in Bloomington, Ind., about seven years ago. Colangelo-Bryan said the detainee was accused by the military of having been in Afghanistan's Tora Bora mountains. Al-Dossary denies any links to terrorist activities, his lawyer said.

In the letter, which was dated April 18 and cleared for release by the U.S. government last week, Al-Dossary said he has been subjected to unspecified torture, and that two other detainees have been abused by the guard force. He says he has been deprived of basic comforts, forced to sleep on the cement floor with his pants and an orange shirt to cover himself.

"We are facing here the most horrible type of oppression and physical torture," he said in the letter, which was translated from Arabic by his attorney.

The U.S. holds about 380 men at Guantanamo on suspicion of links to al-Qaida or the Taliban. Officials have said they plan to file charges against about 75. Another 80 have been cleared for release or transfer pending diplomatic agreements with other countries to accept them.

Three detainees committed suicide in June 2006 by hanging themselves in their cells. Dozens have engaged in hunger strikes to protest their confinement.