Canada's Supreme Court gave a young Canadian prisoner held at Guantanamo Bay the chance on Thursday to try to force Ottawa to release secret documents that could help show his innocence. 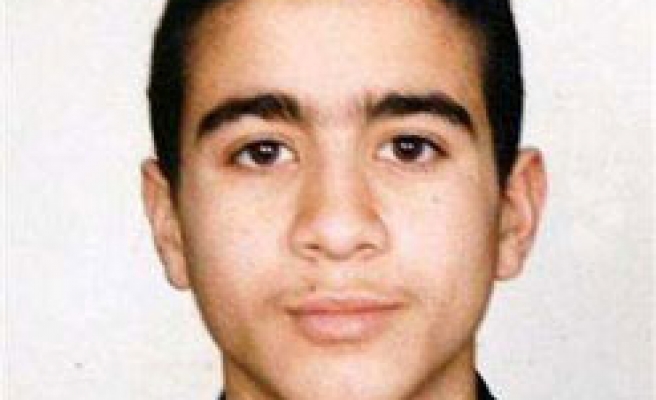 Lawyers for Omar Khadr, who is charged with murdering a U.S. soldier in Afghanistan in a firefight when he was 15, will argue before the court next week that his detention violated international law.

Khadr, now 21, was taken prisoner in 2002. He said in an affidavit that U.S. interrogators repeatedly threatened to rape him and Canadian government officials told him they were powerless to do anything.

Defense lawyers say interrogations of Khadr in Guantanamo, carried out by members of the Canadian Security Intelligence Service, had violated Canada's charter of rights.

"That argument in turn requires a lot of analysis of whether or not what is going on in Guantanamo is contrary to international law," Khadr's lawyer Nathan Whitling told Reuters.

"If they (the judges) were to accept our arguments, that would be a basis for directing the Crown to produce the documents that we want to use as part of his defense."

Unlike other Western governments that have intervened in the cases of their citizens held in the U.S. prison on Cuba, Ottawa has not asked Washington to release Khadr.

The Supreme Court overruled the Justice Department, which had argued the judges were not in a position to make a decision about a case under U.S. jurisdiction. A spokesman for Justice Minister Rob Nicholson declined to comment.

Canada has already released around 1,000 pages of documents relating to Khadr, but many of them were heavily censored.

His lawyers say one U.S. first-hand account of the fatal incident was later altered to falsely implicate Khadr in the killing of Army Sgt. Christopher Speer. U.S. officials deny they manufactured evidence to boost the case.

Lieutenant-Commander William Kuebler, Khadr's U.S. military lawyer, said he wanted to see the initial exchange of information between Ottawa and Washington on the prisoner.

"Those documents reflecting those early communications between the two governments are very, very important in terms of showing what the U.S. government actually knew and what the state of the evidence actually was," he told Reuters.

Khadr was scheduled to go to trial in May in the Guantanamo tribunal created by the Bush administration. Last week, a judge postponed the trial indefinitely to allow military defense lawyers more time to receive and review evidence they accused prosecutors of withholding.

Khadr's defense is working in tandem with the British Columbia Civil Liberties Association, which said it objected to Ottawa's line that it did not have to hand over any documents.

"Canada's direct involvement in Omar Khadr's interrogation triggered constitutional obligations, the duty to disclose the information to Khadr to use in his defense before the military commission," said spokesman Jason Gratl.