Lawyers warn more suicides and despair at Guantanamo Bay if the U.S. Justice Department succeeds in severely restricting access to detainees by defense attorneys, virtually the only contact inmates have with the outside world. 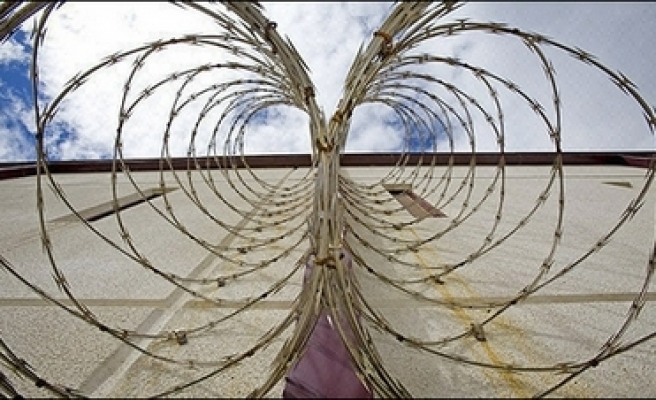 Lawyers warn more suicides and despair at Guantanamo Bay if the U.S. Justice Department succeeds in severely restricting access to detainees by defense attorneys, virtually the only contact inmates have with the outside world.

The Justice Department has asked the U.S. Court of Appeals for the District of Columbia Circuit to limit the number of lawyer visits allowed to three after an initial face-to-face meeting, to tighten censorship of mail from attorneys and to give the military more control over what they can discuss with detainees.

Lawyers for detainees believe that if their visits are limited, detainee desperation will deepen and more will try to kill themselves. On June 10, 2006, two Saudi detainees and one Yemeni hanged themselves with sheets, the first and only suicides since the 2002 opening of the detention center that now holds about 380 inmates.

"Visits by lawyers are one of the few bright spot these men have," attorney Zachary Katznelson told The Associated Press from Guantanamo, where he is spending two weeks to meet with 18 client detainees.

"The level of depression is soaring, I am afraid," he said over the weekend.

Many detainees are kept in isolation in small cells with no natural light. With no prison sentence having been pronounced — except for one Australian detainee — the detainees do not know when they will get out, if ever. Many have been there for more than five years.

"I've seen firsthand the mental conditions of my clients deteriorate in isolation," Oleskey said from Boston. "And I think the impact of further restrictions would be dramatic."

Meanwhile, Katznelson sees the move to restrict attorney access as an attempt to seal the facility from critics.

"If we cannot come in, the only news getting out of here will be the government's carefully crafted version," Katznelson said in an e-mail Saturday.

It is the attorneys, arriving at the base in southeast Cuba aboard military planes or tiny commuter flights, who provide the world with information about hunger strikes, solitary confinement and other details about the detainees.

Journalists can visit but are barred by the military from interviewing detainees. The Red Cross, which occasionally visits, keeps its findings confidential.

But military commanders at Guantanamo and the Justice Department view the lawyers with suspicion.

The mail system was "misused" to inform detainees about military operations in
Iraq, activities of terrorist leaders, efforts in the war on terror, the Hezbollah attack on
Israel and abuse at Abu Ghraib prison, the Justice Department claimed in this month's court filing.

Lawyers for detainees also dismissed the claims, calling them a pretext to deprive detainees of proper legal representation.

"There have been a lot of extreme statements made," said Oleskey, referring to U.S. government criticism of legal defense efforts. "I think it's unfortunate and it should stop." Last Mod: 30 Nisan 2007, 11:43
Add Comment