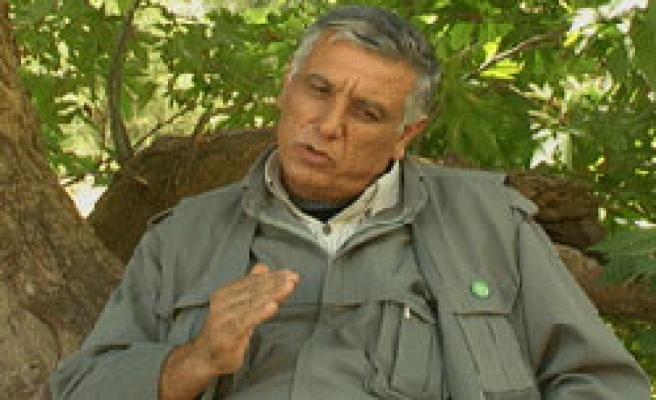 A Kurdish rebel leader has warned Turkey that it faces disaster if its troops and tanks cross into northern Iraq, amid growing concern of a big Turkish operation to hunt down Kurdish guerrillas holed up across the border.

The Turkish army faces "a political and military disaster" if its generals give orders for a cross-border offensive, Cemil Bayik, one of the two most powerful figures in the Kurdistan Workers party, or PKK, told the Guardian at a hideout in the Qandil mountains on the border with Iran.

Mr Bayik said his units did not seek a fight, but "would defend ourselves if attacked".

It could become "a quagmire for them [the Turkish army] and create space for Iran to interfere in Iraq also," he said.

Over the past month, tensions have been rising in Iraqi Kurdistan, with the Turkish army massing thousands of troops and tanks along the 238-mile border and its hawkish chief of staff, General Yasar Buyukanit, repeatedly pressing a reluctant government in Ankara for permission to go in after the PKK.

Turkey says the group, which is regarded as a terrorist organisation by the US, the EU and Turkey, is launching attacks from its mountain hideouts in Iraq.

It accuses Iraqi Kurds of helping them.

The rebel group is thought to have 2,000-3,000 well-trained but lightly armed fighters inside Iraqi territory, where its strategic leadership also resides.

The bulk of its membership is on Turkish soil, many in poor city suburbs.

In the last few weeks, the Turkish army has shelled suspected rebel positions on the Iraqi side, and staged a number of small-scale incursions.

Some observers believe it wants to set up a "buffer zone" in Iraq to prevent the fighters of the PKK crossing into Turkey.

The US and other Nato allies of Turkey have repeatedly warned Ankara against an incursion into Iraq, while calling on Baghdad and Iraq's Kurdish authorities to take action to resolve the PKK issue.

The Iraqi foreign minister, Hoshyar Zebari, a Kurd, said at the weekend that discussions should involve the Turkish and Iraqi governments, the US and the Kurdistan regional government.

Turkey refuses to recognize the Kurdish regional government and says it will talk only to Baghdad and Washington on the issue.

Bayik, who together with fellow rebel chief Murat Karyilan tops Turkey's list of most wanted, said the Turkish chief of staff was "playing a dangerous game" that threatened to undermine democratic politics in Turkey by ousting the prime minister Recep Tayyip Erdogan's AK party from power and at the same time destabilising Iraq's Kurdistan region.

He said the general was using the issue of the PKK's presence in Iraq as an excuse to "annihilate Kurdishness".

"Gen Buyukanit wants everyone to be a happy Turk. And those who don't agree he brands as a traitor. He wants first to smash the Kurdish regional government in Iraq. He wants second to ruin any chances of a referendum being held on Kirkuk, and the PKK issue is really only third on his list of priorities."

He said the PKK had announced no new ceasefires, as reported last week, but that the previous "unilateral" ceasefire... announced late last year, still held.

"So far we have heard nothing positive from the Turkish side, which makes us wonder whether they really do want peace, or just continue into a destructive war to serve the military's own purposes," he said.

"We are not a terrorist movement, we condemn attacks on civilians. We are freedom fighters," Bayik insisted, saying he would work to convince the international community of his group's commitment to peaceful resolution of the Kurdish question.

"We are open to dialogue and we welcome it," he said.

Until recently the PKK's main camps lined the steep valleys and ravines near the group's headquarters on Qandil mountain.

But now the camps have largely been abandoned, say PKK sources.

The fighters are on the move, staying in the same place for barely more than a night.

Bayik said the PKK, which began life 30 years ago advocating a pan-Kurdish Marxist-Leninist state, was no longer a separatist movement.

"We are not looking for independence, we are not even looking for federalism like the Iraqi Kurds have. The solution lies in granting the Kurds of Turkey language and cultural rights and freedom of speech."

He also dismissed the idea of a general amnesty for PKK rebels in Turkey unless it was accompanied by genuine reform.

In the past few years Turkey has granted its Kurdish population more cultural rights, but critics say the reforms are paper thin.