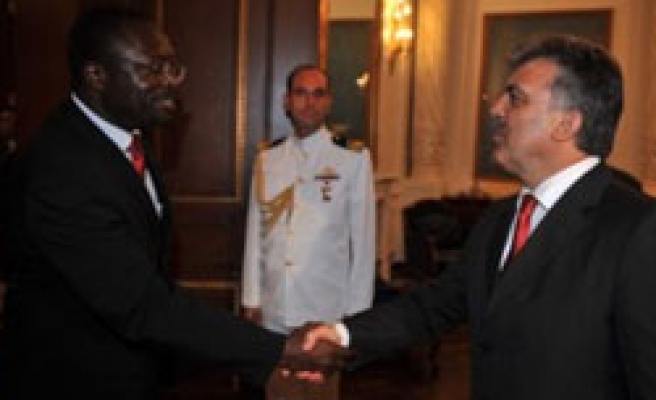 Addressing the formal opening of Turkey-Africa Cooperation Summit at Ciragan Hotel, Gul said, "it is not possible for anybody to remain indifferent to the problems of the African continent in the medium or long term. All the international community should be interested in the problems of the continent more," he added.

Gul said he considered Africa not only the cradle of humanity and the civilizations, but at the same time the center of the future of humanity. "We have organized this summit basing on the idea that success of Africa would be the success of humanity," Gul added.

Africa's resources seem attractive for rest of the world.  Africa was one fifth of the whole world's capacity and the African continent was rich in the aspects of natural and human resources. There was a food crisis in Africa and there were agricultural areas, but they were not evaluated well

Gul underlined his belief that the meeting would be an important landmark in relations between Turkey and the African countries, reported AA.

"There has been a rapid transformation process in the recent years in Turkish-African relations. Turkish government declared 2005 'Africa Year'. Relations gained a new momentum with reciprocal visits. Turkey was announced the 'strategic partner' of the African Union in January," Gul noted.