Gul: My candidacy continues if in popular vote

Asked if he would run as president in a popular vote, Gul told reporters: "My candidacy continues." 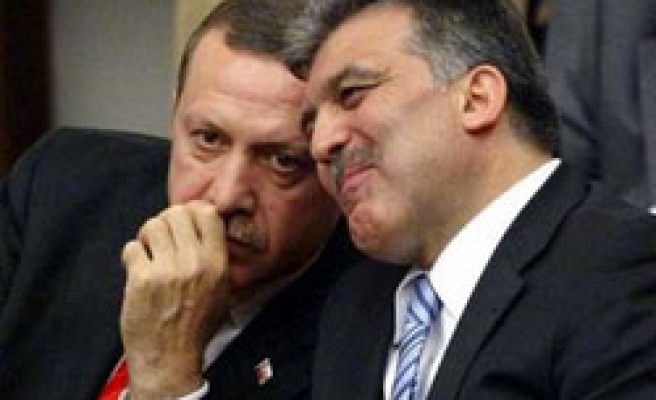 Turkey's foreign minister, whose bid for president was blocked in a standoff over religion in politics, hinted Friday that he might revive his candidacy now that Parliament no longer fills the position.

Lawmakers voted 376-1 Thursday in favor of amending the constitution to allow the Turkish people — rather than legislators — to elect the president.

Prime Minister Recep Tayyip Erdogan pushed for the change after opposition legislators boycotted two parliamentary votes to elect the president, in which Foreign Minister Abdullah Gul was the only candidate.

Parliament formally abandoned the presidential voting process Wednesday, and lawmakers began discussing a constitutional amendment to elect the president by a popular vote.

The government has still one hurdle to overcome: a possible veto by President Ahmet Necdet Sezer. He already indicated his opposition to the measures, saying the time is not right because of political tensions in Turkey.

Asked if he would run as president in a popular vote, Gul told reporters: "My candidacy continues."

Erdogan's government has done more than many other governments to advance Turkey's EU membership bid and rejects claims that it has an Islamist agenda.

"The current situation, as you know, had brought a deadlock," Erdogan told reporters after Thursday's vote. "With these changes, the people will overcome the deadlock."

Erdogan said if Sezer vetoes it, the government will send the changes back to Parliament. If approved a second time, Sezer would be forced to either endorse it or call for a referendum.

It was not clear, however, if Parliament could re-approve the legislation in time for Turkey to hold for general and presidential elections on the same day.

The government declared early elections on July 22 in the midst of the political deadlock, and opposition parties have begun seeking mergers and alliances to try wrest seats from Erdogan's Justice and Development Party.

Sezer's term was to have ended May 16 but he will remain president until his successor is elected.