"I am disappointed that performance principle has been ignored this time and that a bilateral dispute has blocked the membership of a country," said Gül. 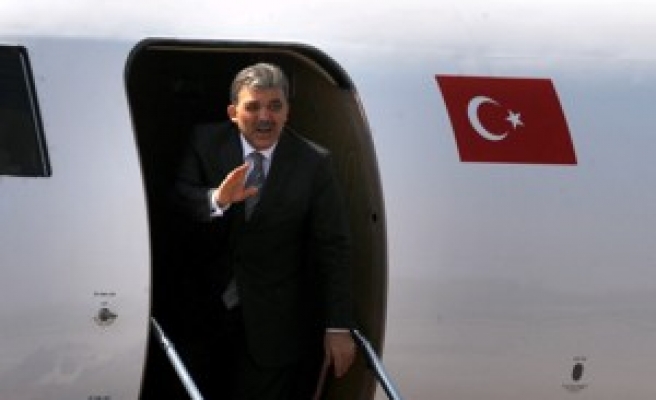 President Abdullah Gül has said that he regrets NATO's failure to invite Macedonia to join the alliance because of objections from Greece due to a name dispute with the Balkan country.

"NATO's expansion has always been based on the principle of performance. I am disappointed that this principle has been ignored this time and that a bilateral dispute has blocked the membership of a country," Gül told reporters upon his return from a NATO summit in Bucharest.

The Balkan nations of Albania and Croatia were invited to join the alliance during NATO's Bucharest summit, which ended yesterday. Macedonia, however, was rejected at the insistence of Greece, which says the country's name implies a territorial claim to a northern region of Greece, also called Macedonia. Gül said Turkey backed NATO's "open door" policy concerning expansion of the alliance and added that integration of Balkan countries would help stability and security in the region.

While in Bucharest, Gül met with French President Nicolas Sarkozy, the first meeting between the two leaders, and briefly discussed Turkey's bid to join the European Union with the French leader, a firm opponent of Turkey's membership. "I am happy that we shared our ideas with Sarkozy frankly and sincerely," he said of the meeting. Sarkozy told Gül in their half-hour meeting on Thursday that his country would not block accession talks between the European Union and Turkey during France's six-month term as EU president in the second half of this year.

The process of accession negotiations with Turkey will continue, Sarkozy told Gül on the sidelines of the NATO summit, the Anatolia news agency reported. France, he said, does not oppose the opening of talks on negotiation chapters.

Sarkozy is firmly opposed to Turkey's membership in the EU, saying Turkey does not belong in Europe. France also opposes the opening of accession talks on five chapters that it says are directly related to accession but says talks on other chapters can go ahead. France is taking over the EU's presidency in June from Slovenia, the current holder.

Sarkozy told Gül that some of the chapters could be opened during the French presidency. Gül, for his part, emphasized that Turkey wants full membership in the EU and rejects other alternatives, such as a privileged partnership proposed by German and French politicians.