Ankara refused on Thursday a proposal to set up a Mediterranean club, floated by new French President Nicolas Sarkozy as an alternative to full membership in the EU. 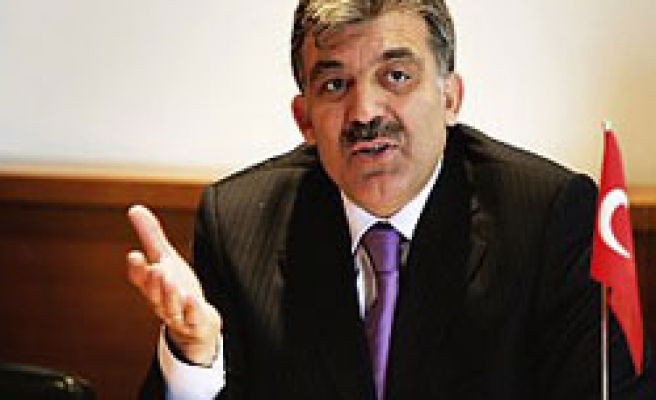 Ankara refused on Thursday a proposal to set up a Mediterranean club, floated by new French President Nicolas Sarkozy as an alternative to full membership in the EU, and urged the conservative politician to respect membership agreements signed between Turkey and the bloc.

Sarkozy, who took over office from Jacques Chirac on Wednesday, is a strong opponent of Turkey's membership in the EU on the basis that much of Turkey's territory lies in Asia, he has instead proposed a lose grouping of Mediterranean countries in which Turkey could be a key player.

Some European politicians, notably Sarkozy and German Chancellor Angela Merkel, remain publicly opposed to ever admitting Turkey. But Merkel, whose country currently holds the EU's rotating presidency, has said she would honor past commitments made to Turkey and would not block its negotiations.

Ankara has held out hope that Sarkozy will display a similar pragmatism and abide by the commitments that the bloc has made to Turkey for full membership upon fulfillment of the bloc's entry criteria. But experts say the optimism might be mistaken. Alain Lamassoure, a close aide to Sarkozy who is expected to be his Europe minister, has recently said Sarkozy would make good on his pre-election declaration of breaking ongoing accession negotiations with Turkey.

"Turkey is a country that has started [accession] negotiations with the European Union. The negotiations started on the basis of a [EU] decision, which was made unanimously, including France," Gül said in Ankara Thursday. "There may be some political developments in member states, but these should have no bearing on Turkey's negotiation process," Gül said, alluding to anti-Turkey sentiment in some EU countries that Sarkozy and Merkel have tapped into. "Once the negotiation process is completed, each member state will make its own decision on Turkey's full membership. Turkey will also make its own decision."

Earlier this week, Prime Minister Recep Tayyip Erdoğan warned Sarkozy that hostility toward Turkey's bid to join the EU would fan anti-Europe sentiments among Turks and damage bilateral ties. "Mr. Sarkozy has to overcome his prejudices. ... If we are to unite civilizations within the EU, if we say the EU is not a Christian club, then Mr. Sarkozy should review his opinions," Erdoğan said.

Turkey carried out a series of far-reaching democracy reforms to win the green light for accession talks in October 2005, despite strong opposition among the European public, notably in France, to the accession of the sizeable and relatively poor Muslim country. Last Mod: 18 Mayıs 2007, 13:37
Add Comment