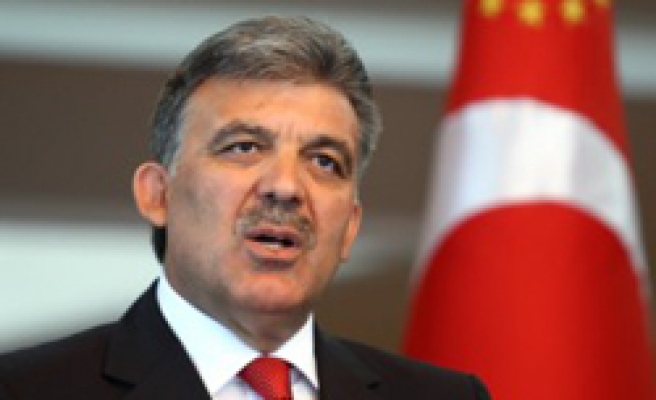 Gul said that Turkey would continue its initiatives for restoration of peace and stability in Georgia, noting that Turkey attached high importance to Georgia's territorial integrity and sovereignty.

Gul said Turkey was always closely interested in the developments in the Caucasus.

Gul said Turkey supported initiatives of European Union, OSCE and UN Secretary General for restoration of peace, noting that, "it is pleasing that Turkish government immediately started humanitarian aid to Georgia as political initiatives are underway."

Turkish president said that two pipelines carrying oil and natural gas from Azerbaijan to Turkey was not damaged from clashes in Georgia.

Baku-Tbilisi-Ceyhan is a crude oil pipeline that covers 1,768 kilometres from the Azeri-Chirag-Guneshli oil field in the Caspian Sea to the Mediterranean Sea.

It connects Baku, Tbilisi, and Ceyhan, a port on the south-eastern Mediterranean coast of Turkey.

The pipeline has a 250 kilometer section in Georgia.

The meeting, which took place at Cankaya Presidential Palace.