US soldiers killed the civilians, many unarmed men, women and children in November 2005. 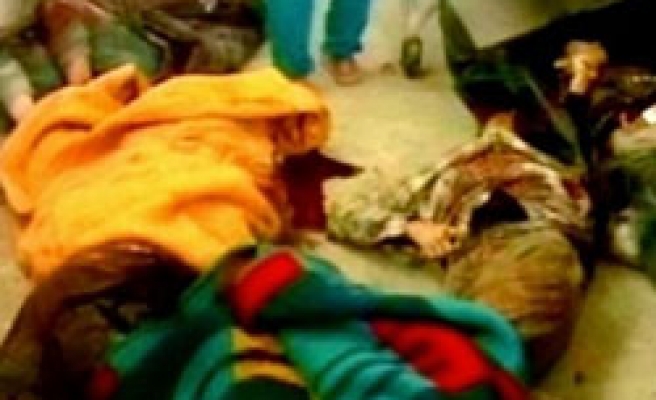 A military judge on Tuesday dismissed the case against the highest-ranking U.S. Marine charged in the killing of 24 Iraqi civilians at Haditha, whittling down the list of those who must still face justice for the 2005 incident to just the accused ringleader.

Military Judge Col. Steven Folsom dropped all charges against Lt. Col. Jeffrey Chessani, who was accused of violating a lawful order and dereliction of duty, at a hearing at the Camp Pendleton Marine base in Southern California.

Folsom's decision means that, out of eight Marines originally charged in December 2006, six have won dismissals of their charges and one has been cleared at court martial.

The accused ringleader, Staff Sgt. Frank Wuterich, still faces court martial. The proceedings against him, however, have been put on hold pending the appeal of a pretrial ruling.

Folsom threw out the charges against Chessani, a 44-year-old Colorado native, after finding that a four-star general who oversaw the case could have been influenced by an investigator who later became his adviser.

The judge ruled that military prosecutors could refile the case but it was not immediately clear if they would do so. The prosecution could also appeal his ruling.

Chessani's lawyer said the married father of six young children and his legal team were "cautiously optimistic" that his two-year legal battle was behind him and that he could retire.

"We hope its over. We believe it should be over," attorney Brain Rooney said.

Chessani was the highest-ranking officer accused of wrongdoing in the shootings at Haditha, which were first reported in Time magazine and portrayed by Iraqi witnesses as a massacre of unarmed civilians.

The witnesses claimed angry Marines killed the two dozen men, women and children out of revenge after a comrade, Lance Cpl. Miguel "TJ" Terrazas, died in a roadside bombing.

The reports brought international condemnation on U.S. troops in Iraq and famously inspired Rep. John Murtha, a Democrat from Pennsylvania and critic of the war, to charge that the Marines had killed the civilians "in cold blood."

The civilians, many unarmed men, women and children, were killed in November 2005.

Following the incident, the marines said in a statement that 15 Iraqis had died in the bombing that killed the soldier.

However, investigators say Wuterich and a squad member shot five men in a car after the bombing.

Wuterich, whose trial is set to take place later this year, then allegedly ordered his squad into several houses, where they attacked with grenades and gunfire, killing unarmed civilians.

The killings in Haditha are the most serious allegations of war crimes involving US forces since the US-led invasion of Iraq in 2003.