The two parties also said that a long-awaited electoral law which will guide Sudan's first democratic elections in 23 years set for 2009 would be agreed on within a week. 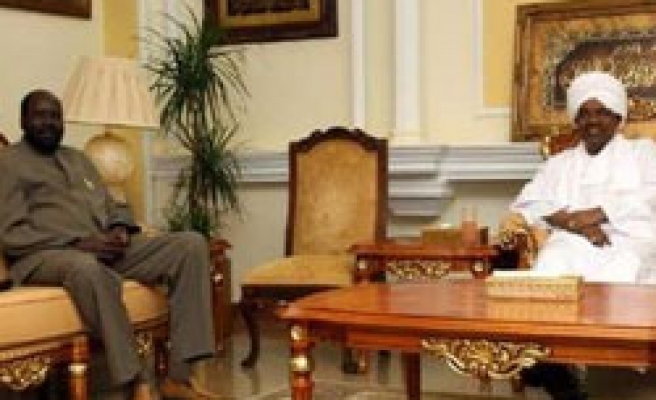 Sudan's north-south agreed on Saturday that an international court would decide the borders of the disputed oil-rich Abyei region, which could end tensions threatening a fragile peace deal, officials said.

Some 3-1/2 years after a landmark accord ending Africa's longest civil war, the two sides have not agreed an administration and borders or shared oil revenues from Abyei.

The northern National Congress Party (NCP) and former southern rebel Sudan People's Liberation Movement (SPLM) will pick two arbitrators each from a list provided by The Hague-based Permanent Court for Arbitration. The four would then pick a fifth chair, officials said after talks on Saturday.

The five will decide whether a team of experts, known as the ABC commission and appointed under the 2005 peace deal, fully implemented their mandate when they defined borders which the NCP rejected and the SPLM accepted.

Under the 2005 peace accord, Abyei's residents will decide along with the south whether to secede from the north or not in 2011. Sudan produces some 500,000 barrels per day of crude and the deal states the semi-autonomous southern government should get 50 percent of oil revenues from all fields in the south.

The two parties also said that a long-awaited electoral law which will guide Sudan's first democratic elections in 23 years set for 2009 would be agreed on within a week.

"We agreed that within a week we should work together as two parties and the other political parties ... to achieve national consensus on the electoral law," SPLM official Yasir Arman said.