Islamic finance is fast expanding thanks to mounting demand worldwide for Sharia-compliant banking. 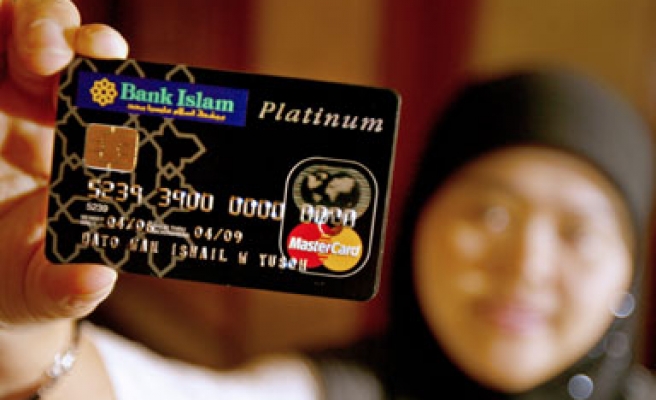 Islamic finance, so described because of its adherence to Sharia law, has a bright future in a world awash with petro-dollars and with growing interest from traditional banks, experts say.

According to the American credit agency Standard and Poor's, assets in the sector have grown to 500 billion dollars (366.4 billion euros), driven by growth of more than 10 percent per year for a decade.

It is also benefiting from gathering interest in the eyes of the public, as trade and investment between East and West improves.

Sharia-compliant products appeared in their modern form in the mid-1970s with the foundation of the Dubai Islamic Bank, and the Islamic Development Bank, opposed to investments in certain industries and the paying of interest (riba in Arabic).

It is guided by the principle of sharing both the profits and losses of any tangible assets, upon which all financial transactions are based. It also prohibits investment into certain industries, such as alcohol, gambling or armaments.

Standard and Poor's estimates that "halal" banks have about 12 percent market share in Malaysia and 17 percent in the six Gulf states -- Saudi Arabia, Kuwait, Bahrain, Qatar, the United Arab Emirates, and Oman. Islamic finance is also developing in Tunisia and Morocco.

These countries are also leaders in the issuing of "sukuks" - bonds which, unlike regular Treasury-issued financial instruments, do not accrue interest.

"Instead of interest, which is unacceptable under Sharia law, sukuk investors receive a share of the profits generated by the underlying assets being financed," said Ambreesh Srivastava, Senior Director in Fitch's Financial Institutions group in Singapore in a report published in March.

According to the financial data firm Dealogic, the Malaysian government and the country's businesses issued 8.5 billion dollars of sukuks in 2006, and 2.9 billion dollars so far this year -- around 80 percent of the market, ahead of the United Arab Emirates and Pakistan.

Big Islamic countries do not have a monopoly on Sharia-compliant finance, though. A Texas oil company issued a sukuk last year, and the British finance ministry announced this week that it also hoped to do so, which would be a first for a Western country.

Britain, where the Muslim community numbers around two million, is already present in the industry -- in 2004, it authorised a 100 percent Islamic bank, the Islamic Bank of Britain.

In the bond market, British banks Standard Chartered and Barclays, and the American firm Citigroup have been competing, having issued about six percent of the world's sukuks each thus far this year, after Malaysian group CIMB with 30 percent, and states themselves with 26 percent, according to Dealogic.

British bank HSBC and Swiss bank UBS are also present in the sector.

"Islamic finance will move from being niche to the mainstream as a viable and valid financing option for all," said Darshan Bijur, Director of Islamic Finance Advisory at KPMG.