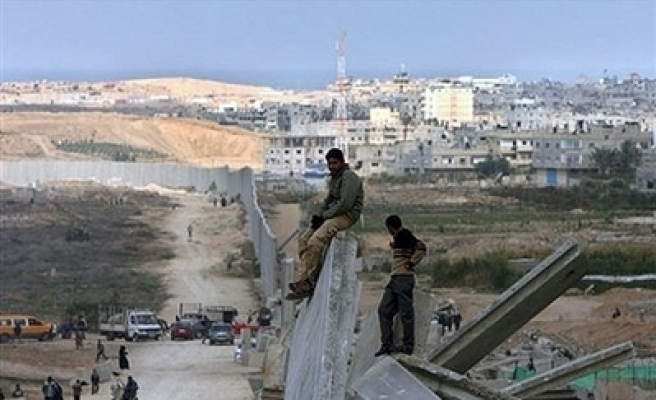 Hamas leaders said over the weekend that they were very close to reaching a deal with Egypt over the reopening of the Rafah border crossing, according to the newspaper.

They said the apparent breakthrough was achieved after Hamas changed its position about the presence of security forces loyal to Palestinian Authority President Mahmoud Abbas at Rafah.

Ayman Taha, a spokesman for Hamas, said his movement would agree to the deployment of Abbas's men condition that their names were handed over to Hamas in advance.

"We want to make sure that the bad guys don't return to the Rafah border crossing," he said. "That's why we want to check the names before they arrive."

Taha also said that Hamas was no longer opposed to the presence of international monitors at the terminal. However, he noted, Hamas would insist that the monitors reside in Egypt and not in Israel, as was the case before the closure of the crossing.

"Hamas will accept the presence of European monitors at the border crossing on condition that they sleep in el-Arish or the Gaza Strip. We don't want them to sleep in Israel, as was the case in the past, so that the Israelis won't control their movements," Taha said.

Hamas had previously refused to allow Abbas's forces and the monitors to return to their posts at the Rafah crossing, demanding that Hamas be granted a role in managing it.

A senior PA official in Ramallah said in response that the PA was opposed to the presence of Hamas members at the border crossing.

The Hamas spokesman said the Egyptians seemed inclined to accept the Hamas position regarding the border crossing. "The ball is now in the court of the Palestinian leadership in Ramallah," he added.

Mahmoud Zahar, a top Hamas leader in the Gaza Strip, expressed confidence that the issue of the border crossing would be solved in the coming days. He said that although Hamas had agreed to the return of the European monitors, "we won't allow them to control the border crossing at Rafah."

The border crossing, he added, would be reopened under new arrangements and not in accordance with the 2005 agreement.

"The border crossing must be under the control of Egyptians and Palestinians," Zahar said. "We reject any intervention by a third party."