On Sunday, the Israeli army killed a top Hamas fighter in the occupied West Bank, prompting vows of revenge. 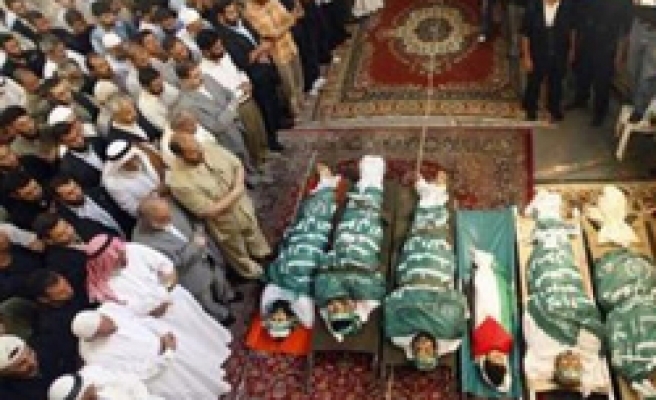 On Sunday, the Israeli army killed a top Hamas fighter in the occupied West Bank, prompting vows of revenge.

An Egyptian-brokered truce between Israel and Hamas in the Gaza Strip went into effect last month, but Israeli attacks against fighters in the West Bank have continued.

Hamas's armed wing, the Izz el-Deen al-Qassam Brigade, vowed to avenge Natsheh's killing. "Our response will be swift and painful," it said in a statement.

An Israeli army spokeswoman said soldiers clashed with a group in Hebron, killing one. She gave no details.

Palestinians said the Israeli army blocked all roads to the city, preventing anybody from leaving or entering.

According to the Israeli newspaper, Hamas said hat the "revolutionary stream" - as former Gaza Fatah leader Mohammed Dahlan's supporters are called - are responsible for the blast on the Gaza beach Friday night that left five Hamas fighters and a 4-year-old girl dead.

The dead are Sarin a-Safadi, the 4-year-old; Nihad Masbakh, considered the head of the military wing of Hamas in the Shajaiyeh district of Gaza City; Iyad al-Hayeh, a nephew of one of Hamas' leaders in Gaza, Khalil al-Hayeh (whose son was also seriously injured in the blast); Nidal al-Mbayid and Osama al-Khalu. The identity of the fifth Hamas man is unknown.

"We have information that a number of parties are planning attacks on senior Hamas leaders in order to create anarchy," Khalil al-Hayeh said.

He issued a statement, calling on the Gaza authorities to find the people involved in "the horrible crime yesterday."

"Those guilty will be subject to justice in order to be an example for anyone who might think to shed the Palestinian blood," the statement read.

However, the Fatah movement and the Palestinian Authority denied any connection to the attack. An aide to Palestinian President Mahmoud Abbas said the crackdown is reducing prospects for eventual reconciliation.

Thousands of Palestinians marched in the funeral of the explosion's victims.

Human rights groups said Hamas released over a dozen of the some 200 Fatah men it arrested Saturday in connection with the bombing.

The fighting erupted overnight when Hamas-run police moved to arrest members of the Army of Islam, a small group believed to be linked to al-Qaeda.

Witnesses said they heard heavy exchanges of gunfire and explosions in which several people were wounded, including fighters and police, but medical officials were not immediately able toconfirm the reports.