Bomb blasts rocked a cafe and a Hamas politician's home in the Gaza Strip on Friday. 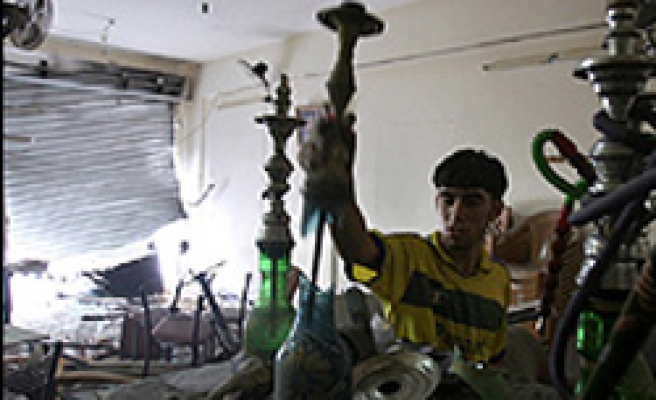 Hamas Interior Ministry spokesman Ehab al-Ghsain said a man killed in the explosion outside a popular cafe in Gaza City was the bomber, not a passerby as initially reported by Hamas security sources.

He accused Palestinian President Mahmoud Abbas's Fatah faction of being behind the explosion outside the house of Hamas politician and leader Marwan Abu Rass, a charge Fatah denied. Nobody was hurt in that blast.

The Hamas Islamist group took control of the Gaza Strip a year ago after routing Abbas's more secular Fatah forces. Since then factional fighting has been rare.

Gaza has been especially calm since an Egyptian-brokered ceasefire between Israel and Hamas took hold last month.

But the truce has stoked some tensions between Palestinian factions as Hamas has sought to prevent other groups from firing cross-border rockets at Israel.

Hamas has arrested some fighters for violating the truce, which calls on Israel to halt its military attacks and to ease its embargo on the coastal enclave.

"It was an attempt by the Fatah movement to cause anarchy and destabilise the situation in the Gaza Strip," he said.

Fahmi al-Zarir, a Fatah spokesman in the occupied West Bank, said: "Fatah was not behind the incident."