Hamas administration has run out of passports

The official explanation is that passport paper hasn't arrived from specialist printers in France. 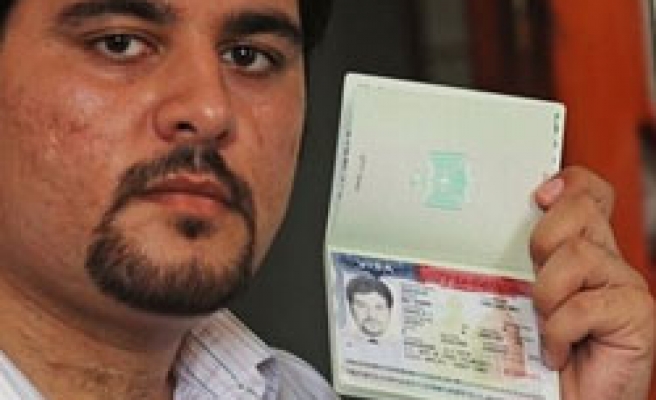 Thousands of Palestinians, including students and workers, who have waited for opening of Israel and Egypt crossing border, face another problem to go abroad.

Gaza's 1.4 million Palestinians, already largely confined to their narrow strip of land by Israeli and Egyptian border closures, face a new travel restriction: The Hamas administration has run out of passports.

The rival Western-backed Palestinian government in the West Bank has suddenly stopped sending the documents to Gaza. The official explanation is that passport paper hasn't arrived from specialist printers in France. But passports are still being issued in the West Bank, and few doubt that the real reason is to punish Gaza's fighters rulers — although it is ordinary Gazans who will suffer.

The document debacle is just the latest dispute in the bitter rivalry between the Hamas, which seized Gaza by force last summer, and moderate Palestinian President Mahmoud Abbas, whose supporters there were routed in savage fighting, reported AP.

The few Palestinians Israel and Egypt allow to leave Gaza across their borders will now have an even harder time reaching the outside world as their rival governments compete for dominance.

"People are ... gambling with our future," said Yakoub Salman, a 44-year-old resort manager who is waiting to leave Gaza to return to his job in the United Arab Emirates.