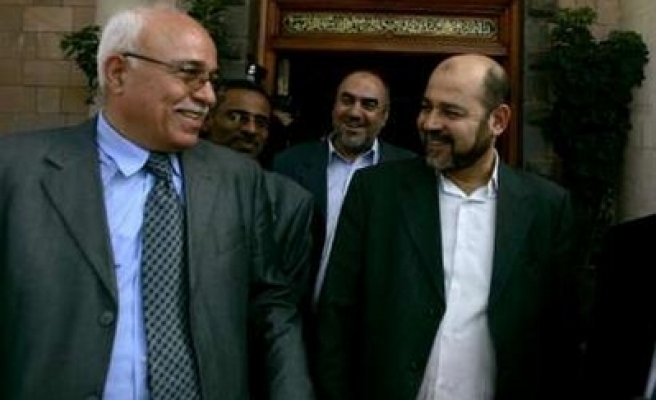 Abbas told a news conference on Friday that the two sides have agreed to keep the talks in the Yemeni capital San'a going at the request of Yemeni President Ali Abdullah Saleh.

"We don't want to say the talks have failed," Abbas said. "We hope for a positive outcome."

The Palestinian ambassador in Yemen, Ahmed al-Deek, said the two faction heads would sit together for a second time on Saturday.

Last month, Saleh proposed a seven-point plan designed to rebuild the shattered Palestinian Authority, which was riven in June when Hamas took control of Gaza from Fatah, leaving Abbas ruling only the West Bank.

On Tuesday, Palestinian delegates from both factions flew into San'a for talks with Yemeni officials on ending the rift.

The heart of Saleh's plan is restoring Abbas' authority in Gaza. The strip are isolated internationally and under an Israeli and Egyptian blockade.