At least five people, including a child, have been killed in an explosion near a beach outside Gaza City, according to medical sources. 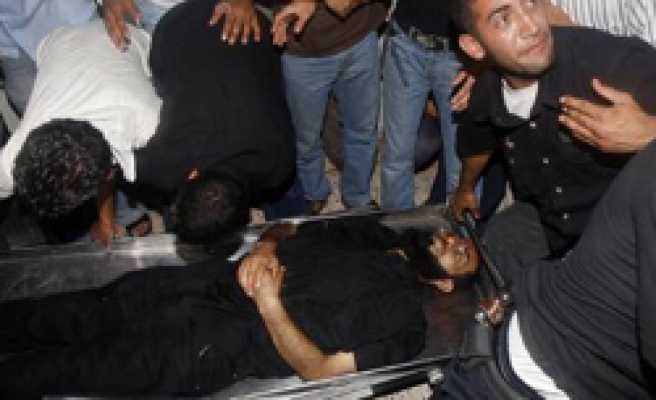 Hamas security forces in the Gaza Strip arrested 120 men aligned with the rival Fatah faction on Saturday after an explosion there killed five Hamas members and a girl, the Islamist group's officials and Fatah said.

At least five people, including a child, have been killed in an explosion near a beach outside Gaza City, according to medical sources.

At least two of the dead on Friday were members of the Izz al-Din al-Qassam Brigades, the armed wing of Hamas.

Up to 20 other people were said to have been wounded in the blast.

The interior ministry labelled the blast as a "crime", and has opened an investigation into the incident.

It was the third explosion in the Gaza Strip within 24 hours.

According to Hamas officials, the bomb was planted near a place where police cars are parked.

that Iyad al-Hayya, the nephew of Khalil al-Hayya, a prominent Hamas leader, was among the dead.

The Izz al-Din al-Qassam Brigades blamed "members of the fugitive party" - a term which usually refers to the Fatah movement of Mahmoud Abbas, the Palestinian president.

"We have information that some elements are planning to carry out bombings against the interests and leaders of Hamas in order to sow anarchy," Khalil al-Hayya said.

Medical officials expect the death toll from the explosion to rise, Amritti reported.

"I looked around the city after the explosion to see what measures Hamas [is taking]. We have been stopped at a number of security checkpoints. They are checking everybody's vehicles and ID," he said.

Hamas took full control of the Gaza Strip in June 2007, after forcing out security forces loyal to Abbas.

Earlier, one person was killed and four others wounded by a bomb that went off outside a Gaza City cafe.

The explosion was followed by a second blast near a Hamas politician's house.

The cafe, which was badly damaged, has been targeted in the past, emergency services and police said.

Witnesses blamed "gunmen" for the attacks, suggesting the involvement of rival Palestinian factions.