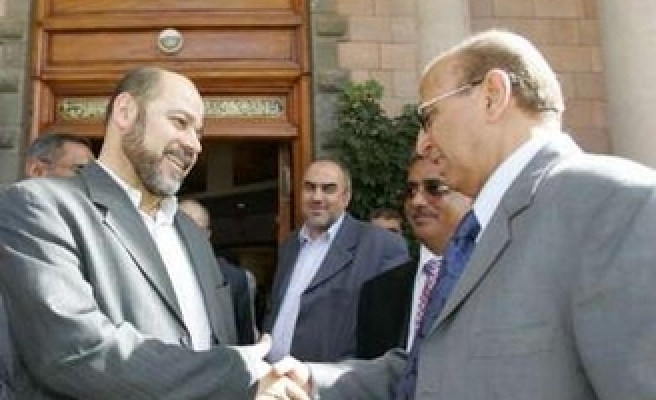 Rival Palestinian factions Fatah and Hamas resumed reconciliation talks on Sunday, in a last effort to hammer out a compromise about the future of the Gaza Strip and the West Bank, a Yemeni official said.

He had previously met the two men separately and together, but no agreement was reached.

Saleh is pressing the two sides to agree to hold talks in early April on a Yemeni plan that calls for the situation in the Gaza Strip to return to the way it was before Hamas took over.

A Hamas official said on Saturday the group asked that the same should apply to the Israeli-occupied West Bank, where the Fatah-led Palestinian Authority has dismissed a Hamas-led government and arrested some Hamas supporters.

The issue of the future of Gaza has been a main point of contention, with Fatah demanding that Hamas Islamists give up control of the territory, which the group seized in June after routing Fatah forces.

But the Yemeni plan also envisages Palestinian elections, the creation of another unity government and a rebuilding of Palestinian security forces along national rather than factional lines.

Fatah has said it would agree to direct reconciliation talks with Hamas only if the Islamist group first consents to relinquish its hold on Gaza, home to 1.5 million Palestinians.