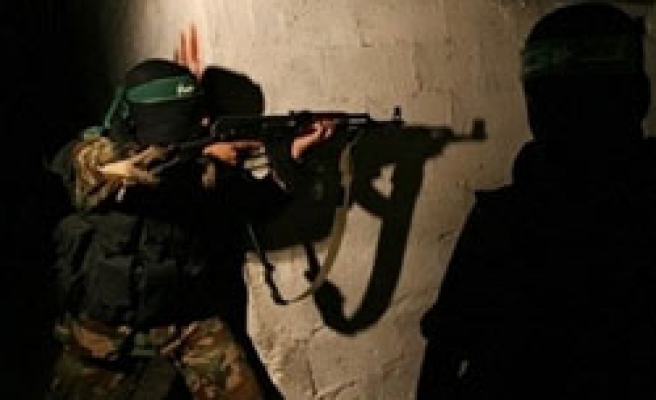 Hamas security forces arrested Palestinian President Mahmoud Abbas's top Fatah representatives in the Gaza Strip on Friday, stepping up a crackdown after a series of bombings in the coastal enclave, Fatah officials said.

Hamas security officers detained around 15 senior Fatah members from their homes, the Fatah officials said. They spoke on condition of anonymity out of fear for their safety in Hamas-controlled Gaza.

Hamas security men detained Ibrahim Abu an-Naja and Zakaria al-Agha, who were appointed by Abbas to oversee Fatah in the Gaza Strip after Hamas started to control a year ago.

Hamas spokesman Sami Abu Zuhri would not confirm the number or the identity of those arrested, but said the arrests were a response to Fatah's seizures of "Hamas political leaders" in the West Bank.

Dozens of Palestinians have been arrested in tit-for-tat sweeps by Fatah in the West Bank and Hamas in the Gaza Strip following a series of bombings last week in the coastal enclave.

Hamas blamed Fatah for the blasts, a charge Fatah denied.

Palestinian security officials said they had heard the report of the order from Abbas, but had not yet received official instructions to begin freeing the Hamas prisoners.

Abbas's decision followed Wednesday's release of more than half the 200 Fatah activists rounded up by Hamas in Gaza.