Spokesman of Hamas Fawzi Barhoum said that the movement's delegation and Egyptian officials discussed the latest developments on the prisoners swap agreement with Israel. 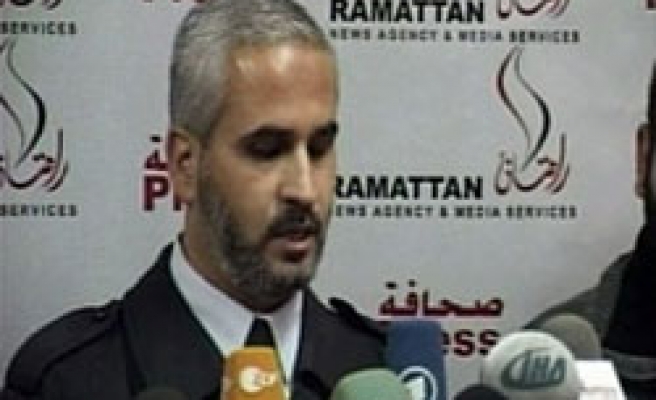 Hamas prepared a proposal to solve the crisis of Rafah crossing on the Egyptian borders, an official in the movement said Thursday.

Kuwaiti news agency quoted Osama Al-Muzaini as saying in press statement, that Hamas's delegation, which is in Cairo since Tuesday, has a proposal that ensures the participation of all concerned parties; Egypt, the Palestinian Presidency, and Hamas.

He pointed out that the delegation held talks with Egyptian officials on the borders crisis, the continuous Israeli violations of the ceasefire, and the arrest of two members of Hamas by Egyptian security.

Spokesman of Hamas Fawzi Barhoum meanwhile said that the movement's delegation and Egyptian officials discussed the latest developments on the prisoners swap agreement with Israel.

He emphasized, in press statements, that it is important to differentiate between the prisoner swap agreement and the ceasefire.