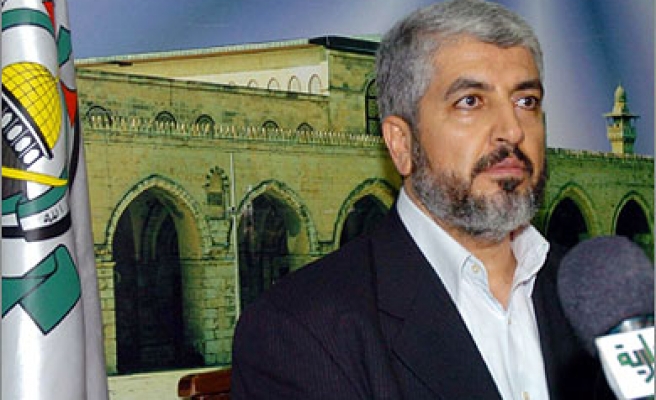 "Gilad is still alive and we treat him in a good way, while the Israelis treat our prisoners badly and everyone knows that," Meshal said, speaking to Sky News from Damascus, where he is based.

"Gilad Shalit is an internee who was taken by our military," Meshal said. "He was fighting us while the majority of the Palestinian prisoners are civilians from the Palestinian Parliament. They are civilian and political leaders not military leaders."

When asked about rocket attacks from Gaza on Israel in the south, Meshal said that the "the rockets are an ordinary reaction towards the Israeli occupation and their Apache helicopters and F16 jets."

"We didn't lose as a result of not recognizing Israel, or accepting their rules and conditions, or the American rules and conditions," he said. "We lost because of the Arab weakness. We didn't have enough power to stop the Israeli occupation. All the people around the world get freedom by using resistance with weapons."

"I want to tell you that the Palestinian people have difficult choices. The road to peace is not fruitful as it was proven later. Israel has no other choice than to deal positively with Arab initiatives. We have nothing left to do except fight. Even our weapons are primitive."

Meshal said that Hamas was willing to end attacks on Israeli civilians, should Israel respond in kind.

"We renew our offer to Israel to let the civilian people from the two sides be free from our conflict. Israel should respond to this offer."