The official said, Israel agreed to open Karni, the main commercial border crossing with the Gaza Strip, and allow more food, construction material and other goods into the territory for the operation of some 4,000 factories. 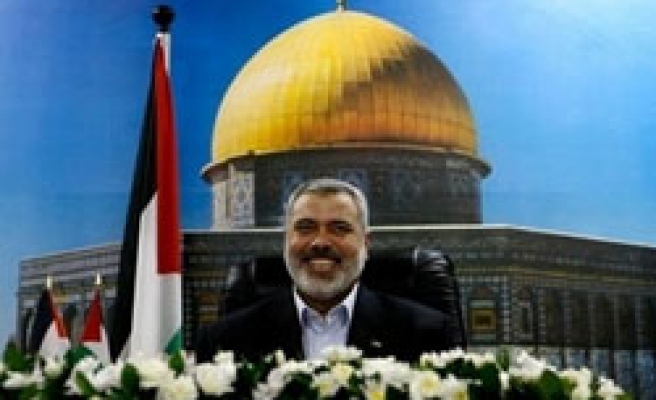 Senior Hamas leader Ismail Haniyeh said on Monday a successful end was in sight in Egyptian-sponsored talks on a truce in the Gaza Strip between his Islamist group and Israel.

In separate remarks, a Palestinian official familiar with the Egyptian mediation efforts said a declaration on a ceasefire, or a period of calm, was very near.

"The talks under way in Egypt on calm are nearing an end, an end that would bring about what the Palestinian people aspire to -- a lifting of the siege, the opening of the crossings and an end to the aggression," Haniyeh told a gathering in Gaza.

"We are committed to these demands ... A reciprocal and simultaneous calm that begins in Gaza and then extends to the West Bank," Haniyeh said.

Israel tightened restrictions on the flow of goods and people across the Gaza frontier.

Regev said a truce should meet three conditions: restrictions on entering of weapons into the Gaza Strip, a complete halt to attacks on Israel from the territory and movement in the case of an Israeli soldier seized in Gaza two years ago.

Regev said the sequence of events would include an easing of the border blockade but he did not spell out the timetable.

The Palestinian official familiar with the ceasefire talks said Egypt had persuaded Israel that once the truce went into effect, efforts to win Shalit's release would be intensified.

For its part, the official said, Israel agreed to open Karni, the main commercial border crossing with the Gaza Strip, and allow more food, construction material and other goods into the territory for the operation of some 4,000 factories.

Egypt's Rafah crossing with the Gaza Strip would remain closed for now, the official said, and talks over getting it operational again would intensify once the ceasefire was in place.

Haniyeh said he hoped for a "happy ending" and voiced willingness to explore further a deal under which Shalit would be released as part of a swap for Palestinians jailed in Israel.