Senior Hamas leader Mahmud Zahar warned on Tuesday that Palestinian groups would use every means against Israel if it does not accept a proposed truce in and around the Gaza Strip. 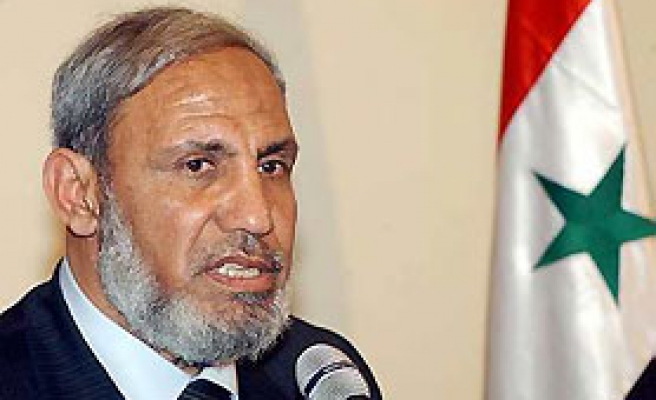 Addressing hundreds of students at Gaza's Islamic University, Zahar said his Islamist movement was awaiting a response from Israel to a truce proposal, as several smaller Palestinian factions met in Cairo to discuss the plan.

"They can answer yes or no, but if they answer no, then an isolated, starving people, and the well-known Palestinian factions among them, will have no choice but to use every means against Israel to defend ourselves," he said.

Zahar stressed that the truce must include the opening of all border crossings into Gaza, including the Rafah crossing with Egypt, the only one that bypasses Israel.

The Rafah crossing has opened only a few times since Hamas seized control in June after routing forces loyal to Palestinian president Mahmud Abbas.

Before then, it was operated under an agreement between Israel and Abbas's Palestinian Authority, with European Union observers stationed at the terminal and surveillance cameras allowing Israel to monitor comings and goings.

Zahar said his movement would not tolerate the return of the EU monitors. "We do not accept the presence of internationals as a tool in the hands of Israel to open or close the crossing whenever it wants to," he said.

Israeli troops killed at least seven Palestinians during an operation in northern Gaza on Monday, including a mother and her four children, all under the age of six, who were killed when a missile struck near their home.