Hamas' new strategy: Not to work with Abbas after Jan 2009

Siyam, interior minister in Hamas government, did not comment on the issue of whether Hamas would take part in the presidential elections. 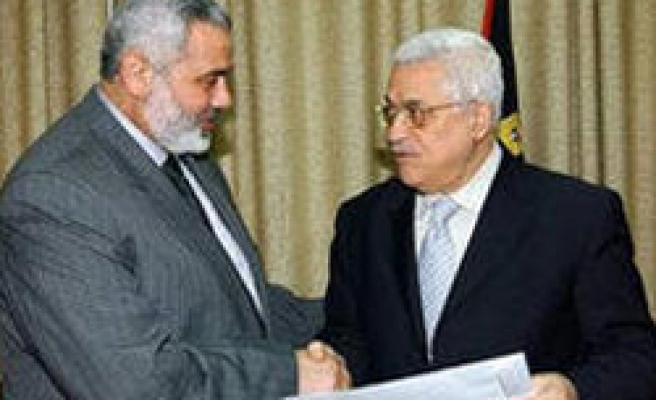 Hamas government in Gaza will not deal with president Abbas as president of the Palestinian authority after the end his current term, Sa'id Siyam, interior minister in Hamas government, announced on Tuesday.

Palestinian news agency reported Siyam said that, "President Abbas' term ends on 9 January 2009, and this should help build national reconciliation. There must be a Palestinian president who reunites the Palestinian people and speaks on behalf of both Fatah and Hamas."

However, Siyam did not comment on the issue of whether Hamas would take part in the presidential elections, and said that this would need to be resolved within the movement.

"The moment for reconciliation will come when they find out that compromise with Israel is mirage and illusion. We know that within Fatah and its revolutionary council, there is a trend who wants to hold dialogue with Hamas, and so this rupture will not last forever," Siyam stated.

He said that the dialogue should be overseen by Qatari sponsors in association with the Arab League, after they successfully brokered a deal between lebanese factions.

He revealed that Hamas leader in exile, Khalid Mash'al, has contacted Qatari officials for that purpose

Fatah's spokesman in the West Bank Fahmi Za'arir said that "the movement is committed to president Abbas' call for early elections, both legislative and presidential, as a means to restore Palestinian unity." Last Mod: 23 Temmuz 2008, 15:54
Add Comment