Exiled Hamas leader Khaled Meshaal said on Sunday that indirect peace talks between Syria and Israel will not affect relations between Damascus and his Islamist Palestinian movement. 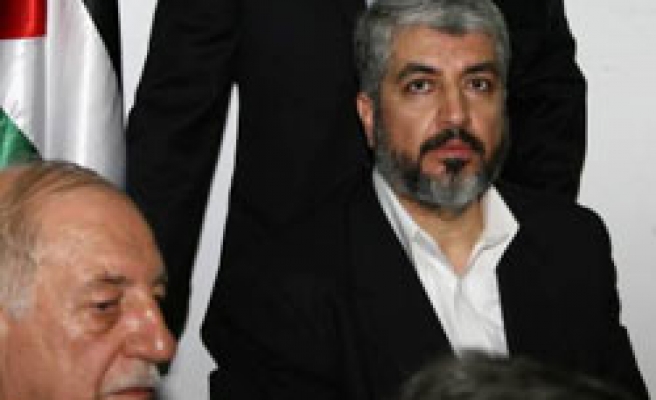 "We are not worried about the impact (of the Syrian-Israeli negotiations) on relations between Syrian and Palestinian resistance movements," Meshaal told reporters in the Syrian capital, where he has been living in exile.

Israel and Syria announced in May that they had resumed indirect peace talks brokered by Turkey after an eight-year freeze.

Negotiations broke down in 2000 over the fate of the Golan Heights, the strategic plateau which Israel seized from Syria in the 1967 Six Day war and annexed in 1981 in a move not recognised by the international community.

As a condition for progress, Israel is demanding that Damascus break off its ties with Iran, with the Palestinian Islamist Hamas movement and with Lebanon's Hezbollah.

Syria said it would reject any preconditions in the talks that call on it to change its relations with other countries or groups.

Meshaal, who settled in Damascus after being expelled from Jordan almost a decade ago, reiterated a Hamas pledge to observe a ceasefire with Israel in and around the Gaza Strip which went into effect on Thursday.

Hamas "pledges to respect the truce as long as the enemy does the same. If the enemy violates the truce, the Palestinian resistance (Hamas) will have other options," he added.