Hamas has released an audio message believed to be from Gilad Shalit, an Israeli soldier captured exactly a year ago. 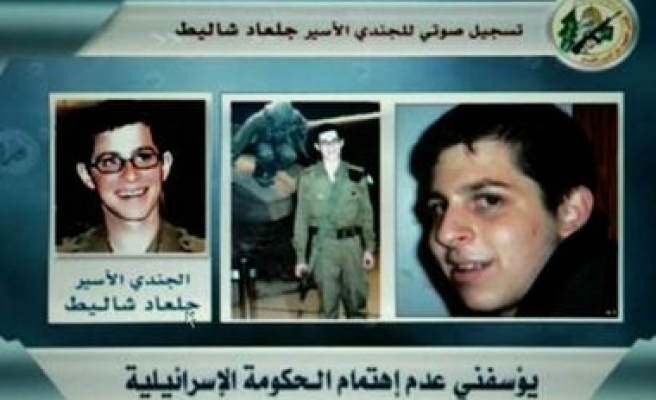 Hamas has released an audio message believed to be from Gilad Shalit, an Israeli soldier captured exactly a year ago.

Shalit was heard saying his health was deteriorating and that he needed hospital treatment.

The audio clip was posted on the website of Hamas's armed wing on Monday.

"I am Gilad Shalit. I've been arrested by Ezzedine al-Qassam Brigades … I've been in prison one year. My situation is deteriorating," the recording said.

"I need an extended period in hospital," said the clip posted on the al-Qassam Brigades website, one year after Shalit was taken.

"Mother, father, sisters, brothers, my friends in the Israeli army, I send you from my jail my regards and I miss you," said a text in Arabic posted on the wesbite.

"I am sorry that the Israeli government has not shown more interest. It should meet the demands of my kidnappers so I can be released," said the voice in Hebrew on the tape.

Those demands are the release of hundreds of Palestinians held in Israeli jails in return for Shalit.

Shalit's father, Noam, speaking to Israeli television, confirmed the voice was that of his son, a conscript now aged 20. He was promoted to sergeant from corporal while in captivity.

A video tape broadcast on Hamas's Al-Aqsa television station showed footage of Shalit apparently being captured on June 25, being dragged by two fighters dressed in Israeli army uniforms pulling his T-shirt and running next to him.