A spokesman for Hamas said "Cheney's statements certify that the US Administration is a partner with the Israeli occupation in its crimes committed against our Palestinian people. 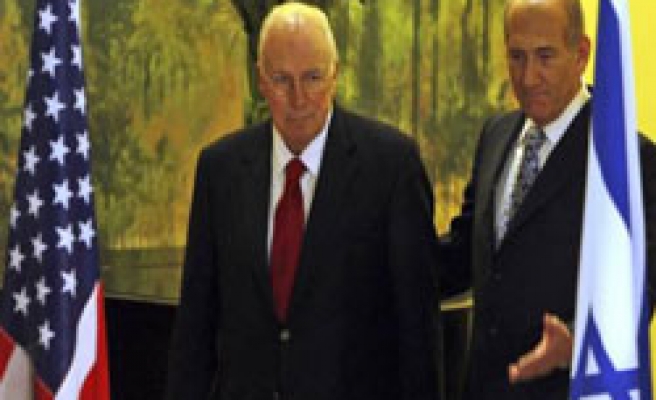 A spokesman for Islamic Hamas movement in Gaza slammed on Sunday the statements of U.S. Vice President Dick Cheney on the conflict between Israel and the Palestinians, saying it is biased.

Cheney said on Saturday that the U.S. won't pressure Israel and the U.S. has a "continuing and unshakable" commitment to Israel's security and its right to defend itself against those bent on destroying the Jewish state.

"Cheney's statements certify that the American Administration is a partner with the Israeli occupation in its crimes committed against our Palestinian people," Fawzi Barhoum, Hamas spokesman in Gaza told reporters.

Terming the statements "a full biased position" unfair towards the Palestinian people," Barhoum warned that it could incite great holocaust against Gaza.

Barhoum's remarks against Cheney came as the U.S. vice president is due in Ramallah Sunday afternoon for talks with Palestinian President Mahmoud Abbas and Prime Minister Sallam Fayyad.