Hamas on Wednesday reiterated the legitimacy of the sacked unity government . 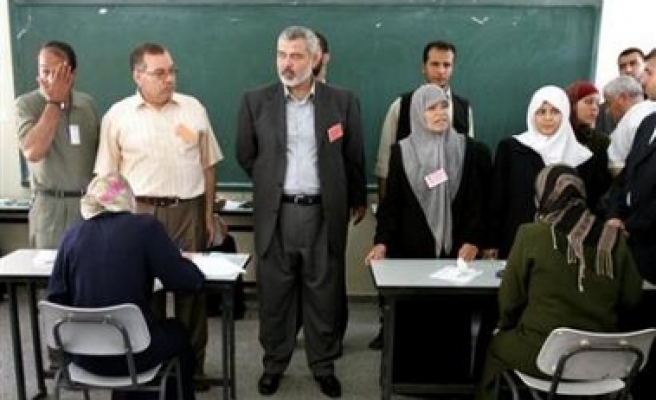 Hamas on Wednesday reiterated the legitimacy of the sacked unity government .

The spokesman also renewed Hamas' call for dialogue with Fatah led by President Mahmoud Abbas, but insisted that no talks would be held with "the coup-seekers and murderers among Fatah."

The unity government formed on the basis of the power-sharing Mecca agreement between Hamas and Fatah was sacked by a presidential decree on June 14 in the wake of Hamas' takeover of the Gaza Strip.

Despite Hamas rejection, President Abbas swore in an emergency government in the West Bank and has been rejecting talks with Hamas since then. Last Mod: 27 Haziran 2007, 19:28
Add Comment