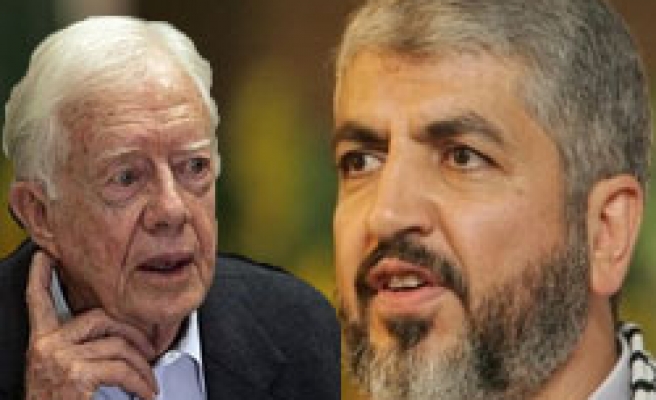 According to Haarezt, Meshal also said that Hamas' Damascus-based leadership was consulting with the organization's Gaza leadership over the issues that came up in Friday's meeting.

Hamas engaged in an internal debate Saturday over proposals put froward by Carter for a unilateral cease-fire with Israel and more political flexibility, Palestinian politicians said.

Carter left the Syrian capital Saturday for Riyadh after an early morning meeting with Khaled Meshal.

Carter demanded that Hamas stops firing rockets on Israel and also he pursues efforts with Israel and the West to lift the siege on the Gaza strip, which is ruled by Hamas, politicians familiar with the meetings said.

"Carter also asked Meshal to adopt more flexible public statements and talked to him as a leader of a national liberation movement, not as what Israel and America try to depict him," one of the sources told Reuters.

"Meshal is a first among equals in Hamas. He has to secure agreement from the rest of the Hamas leadership," he added.