Hamas has issued an ultimatum to those holding Alan Johnston, the BBC's correspondent in Gaza, threatening to free him by force if they don't release him by the end of the day. 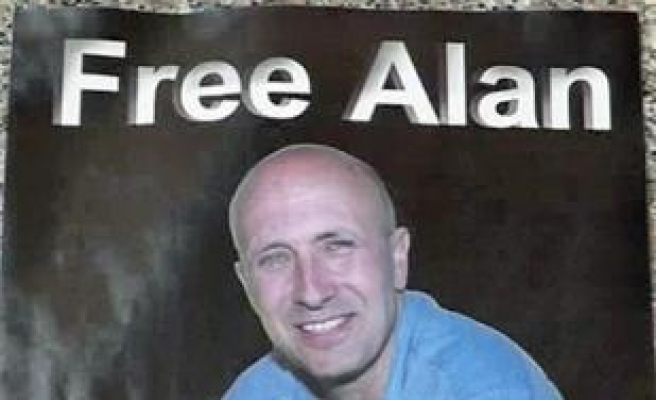 Hamas has issued an ultimatum to those holding Alan Johnston, the BBC's correspondent in Gaza, threatening to free him by force if they don't release him by the end of the day.

"If he is not released, we would use all means to secure his life and to free him," a senior Hamas official told Reuters.

"Today is the last day for the captors to release Alan Johnston," the official said.

Johnston was abducted in Gaza on March 12 by a group called the Army of Islam.

On Sunday, a Hamas official had said that Johnston, would be freed within hours, but the Army of Islam denied they had made a deal with Hamas to agree to his release.

Abu Osameh al-Mo'ti, a Hamas representative in Iran, had said that the group was in negotiations with those holding Johnston but did not specify how he knew the British journalist would be freed.

"The BBC journalist will be released within the next hours, today," he said.

He also suggested that Hamas knew where the journalist was being held and that he was in good health.

"We are aware of the reports, but have not received any firm confirmation of Alan's situation. We continue to work with everyone involved to try to effect Alan's safe release," a BBC spokeswoman in London.

"Our demands are known, to release our Muslim prisoners ... If they don't meet these demands there will be no release of this prisoner," the Army of Islam spokesman, said.

"If things get worse we will get closer to God by killing this journalist."

The spokesman said its main demand was the release of Abu Qatada, a London-based Palestinian-Jordanian, who faces deportation from the UK.

The British government says Abu Qatada is suspected of links with al-Qaeda and is a "significant international terrorist".

The call for Abu Qatada's freedom was originally made in a video of Alan Johnston which was posted on the internet on June 1.

An Islamic group called the Kataeb al-Jihad al-Tawheed (The Brigades of Holy War and Unity) had claimed in April to have killed Johnston.

However, the Palestinian authorities said at the time that there was no proof that the claim by the little-known group was true.