Palestinian Prime Minister Ismail Haniyeh has limited his public appearances because he fears being targeted for assassination by Israel, his spokesman said. 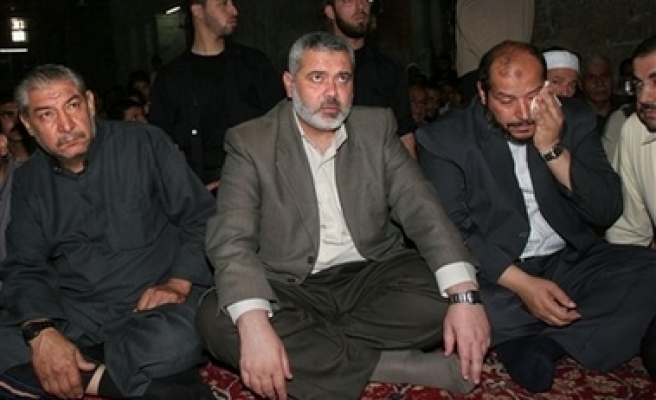 Palestinian Prime Minister Ismail Haniyeh has limited his public appearances because he fears being targeted for assassination by Israel, his spokesman said Tuesday.

"He is frightened by the Israeli forces," Ghazi Hamad told The Associated Press in a telephone interview. "He's scared of being assassinated ... so he is taking precautions."

Haniyeh has kept a low profile in recent weeks since Israel resumed airstrikes against Palestine and other Hamas targets in Gaza.

Over the weekend an Israeli missile landed close to Haniyeh's home. Israel denied he was a target.

But Hamad, on a visit to Britain before heading to Cairo for talks between Hamas and Fatah, said the Hamas leadership felt unsafe after Israeli Prime Minister Ehud Olmert's comments on Sunday that "no one is immune."

Meanwhile, British officials said they had met with Hamad to discuss the March 12 kidnapping in Gaza of British Broadcasting Corp. journalist Alan Johnston.

Johnston, 45, was abducted in Gaza City by Palestinian gunmen. Palestinian security officials have said they believe a movement called the Army of Islam is holding the correspondent.

Hamad said he couldn't comment on the talks, but last week he said that a breakthrough was close. Last Mod: 30 Mayıs 2007, 13:50
Add Comment