Palestinian interior minister Hani al-Qawasmeh on Monday submitted his resignation to prime minister Ismail Haniya who refused his request to step down, a government spokesperson said. 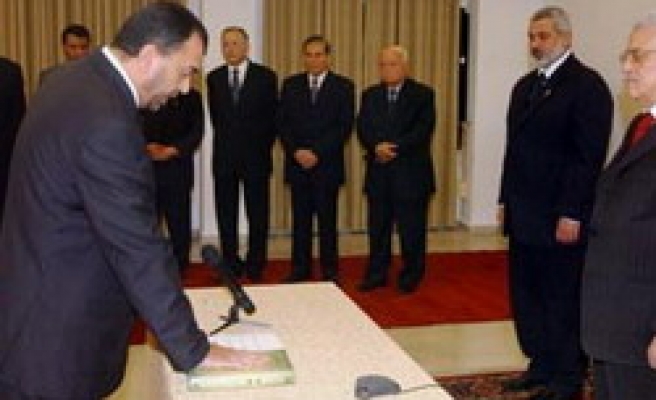 "He submitted his resignation to the prime minister but the latter refused and asked him to remain in his post," Ghazi Hamad told reporters in Gaza City.

Hamad linked Qawasmeh's decision to resign to the "professional situation within the interior ministry and the obstacles he is facing."

Qawasmeh is an independent who was totally unknown in political circles before being made interior minister in the Palestinian national unity government that took office on March 17.