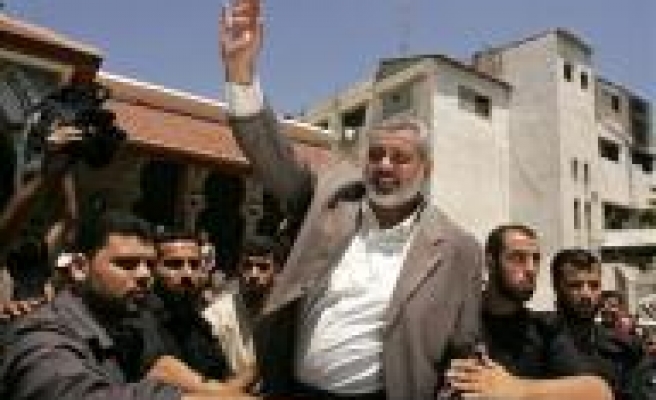 Abbas has ruled out any dialogue with Hamas, whom he accused of trying to assassinate him and of launching a coup in the Gaza Strip.

Hamas has denied Abbas's allegations and accused him of participating in a U.S.-led plot against its democratically-elected government.

"The way out of the current situation is launching a Palestinian dialogue without pre-conditions," Haniyeh told the Yemeni president by phone.

The United States and Israel wants to isolate Hamas economically, diplomatically and militarily in the Gaza Strip, where the Islamist group seized control just over a week ago.

At the same time, they want to bolster the emergency government set up by Abbas in the Israeli-occupied West Bank after he dismissed the unity cabinet led by Hamas.

Hamas won parliamentary elections 18 months ago but its government was shunned by Israel and Western powers for refusing to renounce violence and recognize Israel.