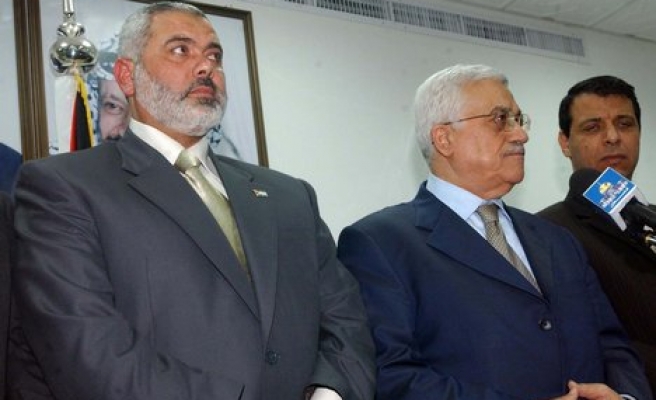 It was published on the 40th anniversary of the 1967 Middle East war.

In 1967, Israel captured the West Bank and east Jerusalem from Jordan, the Golan Heights from Syria, and the Gaza Strip and Sinai peninsula from Egypt — an area more than three times bigger than the state of Israel at the time.

Olmert wrote that he took “the offer of full normalisation of relations between Israel and the Arab world seriously; and I am ready to discuss the Arab peace initiative in an open and sincere way,” referring to a Saudi-drafted peace plan.

He cautioned, however, that the “talks must be a discussion, not an ultimatum ... as strong and resourceful as Israelis are, we cannot make peace alone.”

Haniyeh criticised western countries for imposing “an economic blockade against my people, while Israel continues to kill, expropriate and destroy with impunity.”

He wrote that to achieve peace what is needed is “the dismantling of all settlements in the West Bank, the release of all 11,000 Palestinian prisoners in Israeli jails and the recognition of the right of all Palestinian refugees to return to their homes.”

“If Israel is serious about peace, it has to recognise these basic rights of our people.” Last Mod: 06 Haziran 2007, 12:08
Add Comment