A key Syrian witness in the probe into former Lebanese premier Rafiq Hariri's murder said he is in hiding in Europe, in remarks published yesterday, as his family demanded answers from France about his fate. 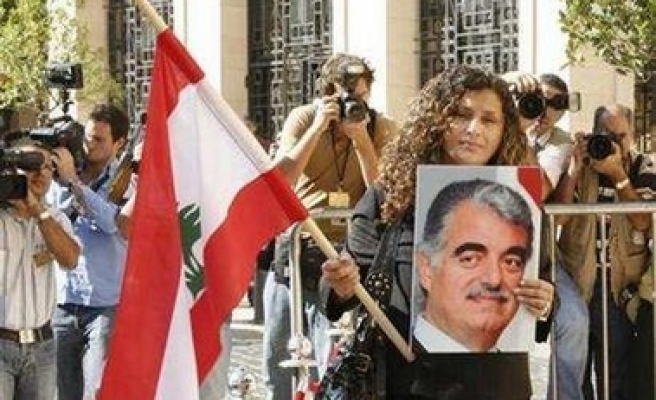 Mohammed Zuheir Al Saddiq's whereabouts have been shrouded in mystery since he disappeared about a month ago from his suburban Paris home, while relatives in Syria say they have been without news for two months.

"I am living in a secret hideout, close to France and the international tribunal, and I am well," Saddiq told Kuwait's Al Seyassah newspaper by telephone. Saddiq, a former member of Syria's security services, was detained in October 2005 in a Paris suburb in connection with the February 2005 murder of Hariri in a massive car bombing in Beirut.

French Foreign Minister Bernard Kouchner said on Tuesday that Saddiq disappeared from his home. "But I do not know under what conditions and if there was a police presence to watch him," he said.

Saddiq told the Kuwaiti daily that he was the target of three assassination attempts and that he would remain in hiding until an international tribunal opened to try Hariri's suspected killers.

"We want to know if Zuheir is on French territory," one of the brothers, Imad Saddiq, said yesterday after petitioning the French embassy in Damascus for information about his whereabouts.

"If Zuheir has been assassinated, I accuse Marwan Hamade of having liquidated him along with the French authorities," he said, in reference to Lebanon's anti-Syrian telecommunications minister. France — which has refused to extradite Saddiq to Lebanon because it had not been given guarantees that he would not face the death penalty if convicted — rejected the accusations.

Hamade was seriously wounded in a bomb attack a few months before Hariri's murder.

He has accused Syria of involvement in both attacks. Another of Saddiq's brother, Omar, said he has urged the French authorities "to hand over Zuheir, if he is still alive, to the Syrian authorities," until the tribunal starts work.

The Syrian foreign ministry yesterday accused the United States of exploiting the probe into Hariri's murder as a tool to apply political pressure on Damascus.