The head of the ruling majority in the Lebanese parliament Saad Hariri pledged Monday that his MPs would elect a president on May 13. 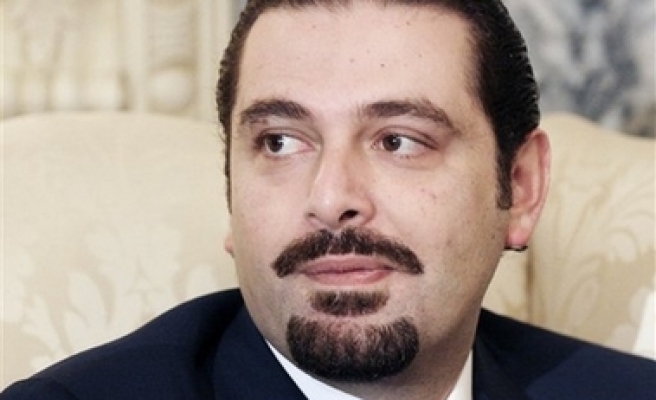 "We haven't received any guarantees, but we are in a path that leads to the election of a president on May 13. All March 14 MPs would go to parliament to elect a president," Hariri announced.

"We have a real chance to elect a president on May 13," Hariri said.

"As long as no one is against dialogue, no one should be against electing a president on May 13," he said, adding, Lebanon is "the only country in the world that does not have a president. This is a major crime committed against us and against the country."

"We support a country-constituency elections law and we support the formation of a national unity government as well as any other proposed settlements, but we cannot achieve all that without a president. We should focus on electing a president on May 13."

The election would be the 19th bid to vote in the deeply divided country.

According to a source close to the majority, the opposition and the majority is discussing a deal on a new government and a law organising next year's general election before electing a new head of state.

The source said the discussion is focusing on a national untity government which will have no majority or veto power for the opposition-led Hezbollah.

"It will be a neutral government where all parties will represented equally," he added.

But Suleiman's election has been delayed due to the dispute over the composition of a cabinet to be formed after his election and a parliamentary election law.