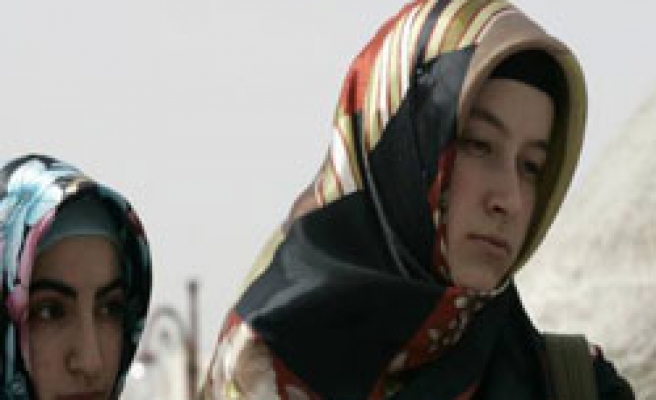 Ayse Sekerci was set to go to university this year, free at last to wear her Muslim headscarf. Then the party that passed law to allow headscarf at universities landed up in court, and covered women fear their campaign will be set back a generation.

Turkey's parliament, controlled by the AK Party, passed a constitutional change in February to allow students to wear headscarves at university.

But the secularist establishment made up of judges, generals and university rectors, opposed the headscarf freedom.

Turkey is 99 percent Muslim, but the republic was founded as a secular state by Mustafa Kemal Ataturk in 1923 from the Ottoman Empire.

Last month, a prosecutor launched a case to close down the AK party for anti-secular activities. His indictment is packed with references to the headscarf, while a separate case filed at the same court challenges the headscarf reform itself.

The AK Party denies the charges and says the closure case is politically motivated.

Headscarf-wearing women say the outlook is grim, with many predicting the Constitional Court, a bastion of secularism which has ruled against the AK Party in the past, will do so again. If it does, commentators and activists say devout women face a long wait before any party tackles the headscarf ban anew.

Twenty-year-old Sekerci has already decided that rather than not study, she will wear a wig to cover her hair at university. But after graduating, she says she would prefer not to work than to do so without her headscarf.

"Everyone was hopeful. I thought I would be able to study in the way that my religion requires," Sekerci, wearing a knee-length dress over jeans and a silky black scarf, said. "It really seemed that this time it would happen. But after the recent events, all my hope has been destroyed."

The AK Party, which had long spoken of trying to lift the headscarf ban, finally pushed it through parliament after being re-elected last year with 47 percent of the vote. The change also had the backing of an opposition party.

Some fear that if an attempt even in such favourable conditions fails -- or leads to the party's closure -- it will be years before anyone dares raise the issue again.

"I think if the AK Party is closed down, we will have 10 to 15 more years of struggle to normalise these issues," said Neslihan Akbulut, who heads activist group AKDER and now plans to go abroad for her doctorate, as she did for her first degree.

"If the party is closed and a new party appears, of course they will be afraid of even talking about religious freedom ... Every 10 years we see the same picture," said Akbulut, referring to a bloodless coup in 1997 when a government perceived as too Islamist was pushed from office by the army with public backing.

Thousands of women have not gone to university because of the ban, enforced strictly since 1997, or have studied abroad.

Merve Kavakci, thrown out of parliament in 1999 for trying to take her lawmaker's oath wearing a headscarf, agreed the issue could fall off the agenda. She said any hope lies in early elections or in women launching their own aggressive campaigns.

"This may not be an easy, quiet or peaceful (campaign) ... I don't want it to be a physical clash, but so long as we don't really put everything we have on the line, this will not be solved," said Kavakci, whose party was closed down in 2001.

"The AK Party will be closed and the headscarf won't be allowed ... but we will do whatever is necessary to win our rights, whether it takes 5 or 10 years," said Esra Duru.

She hopes one day her 6-year-old daughter will be able to go to university wearing a headscarf. But she is saving up to send her abroad, just in case.