Heritage from Crimea: The Palace of the Khans

Kırım'dan Kalan Miras: Hansaray is a book, based on field studies as well as library research utilizing sources in Ottoman and modern Turkish, English, French, Russian and Ukrainian. 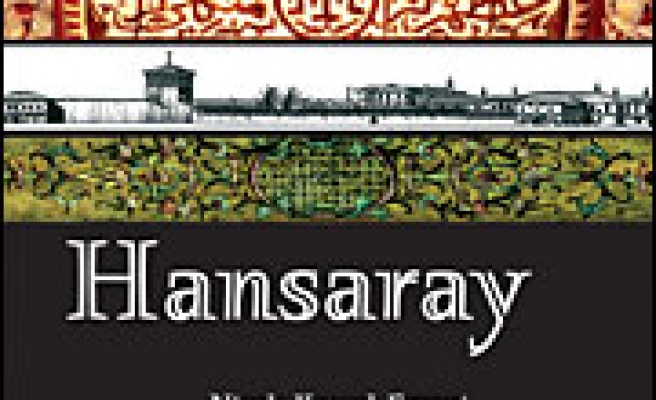 The Palace of the Khans (Hansaray) in Bahçesaray, Crimea, remains the most important edifice that has survived from the Crimean Khanate period. Built by Mengli Geray in the early 16th century, the Palace was subjected to fires, wars and destruction, and various restorations. The complex served as the administrative center of the Crimean Tatar government and the residence of the Khans. It embodies elements of architectural styles associated with the Golden Horde, Ottoman and Russian Empires.

Kırım'dan Kalan Miras: Hansaray is a beautifully illustrated book, based on field studies as well as library research utilizing sources in Ottoman and modern Turkish, English, French, Russian and Ukrainian. It covers such topics as the administrative structure of the Crimean Khanate, different capitals and cities associated with Tatar rule in Crimea, and detailed descriptions of the components of the Palace complex -- reception halls, residential areas, gardens, fountains, mausoleums, baths, stables and the mosque. This handsome book of 320 pages, illustrated with more than 150 excellent photographs and architectural drawings, is the only extensive study of the famous historical site.

The Palace of the Khans was immortalized in Russian literature by a poem, "Fountain of Bahçesaray," written by A.S. Pushkin in the 1820s. Dr. Nicole Kançal-Ferrari's admirable work places the Palace of the Khans in the context of Islamic art and architectural history. It is our hope that the book will be translated into English or other European languages and be available to wider audiences.