Nasrallah called for mapping out a national defense strategy and resolving economic and social problems. 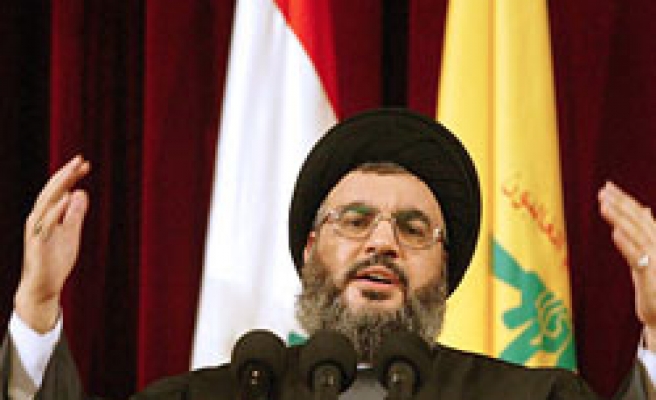 "The economic situation in Lebanon is total disaster, failing to deal with these problems will lead to total collapse of the Lebanese economy," he said.

He said in a speech commemorating the end of the July 2006 war that two crucial points should be discussed during the coming dialogue meetings.

"A national strategy to rebuild the Lebanese state defense, and a strategy to solve the entrenched economic and social problems" were the two important issues, Nasrallah added.

Nasrallah insisted on mapping out a defense strategy by saying "more than anytime before on the need to come up with a defiance strategy to know how to defend our country."

Lebanese President Michel Suleiman is preparing for national dialogue meetings to gather rival Lebanese leaders, on top of the agenda is the defense strategy aimed at finding a solution to Hezbollah weapons.

Nasrallah also praised two key agreements this week between Lebanon and Syria - the establishment of diplomatic relations and the deal to start demarcating the contested border between the two long-estranged neighbors, reported Jerusalem Post.