A senior judge whose secret meeting with a top general was exposed by a newspaper admitted that the meeting had indeed taken place two days after denying the claim. 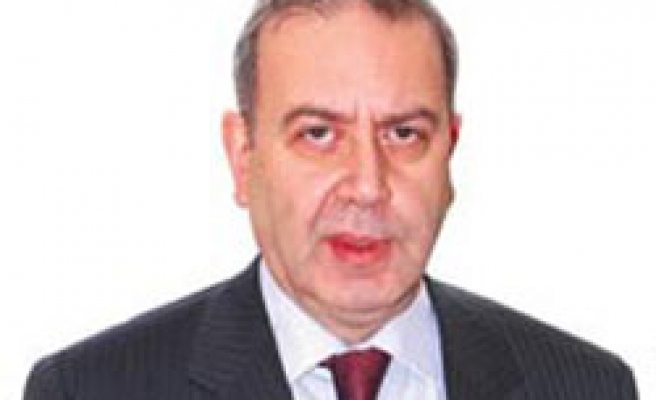 The Justice Ministry released a statement on Sunday announcing that it has no authority to give orders to public prosecutors, in response to an appeal from the Constitutional Court for the justice minister to start legal probes into publications critical of the court's recent rulings.

The Justice Ministry's statement recalled that on Friday, the Constitutional Court asked the justice minister to give a directive to public prosecutors to start investigations into what it said were "unjust" commentaries about the court's recent decision to annul an amendment that would have lifted a ban on the Muslim headscarf at Turkish universities.

The court's decision triggered a major debate followed by a good deal of criticism accusing it of placing itself above Parliament and damaging Turkey's parliamentary democracy.

In a written statement released on Sunday, the Justice Ministry recalled that its authority to issue directives to public prosecutors to launch public lawsuits had been abolished by an EU reform law passed in 2004. It also noted that Turkey's Code on Criminal Procedure (CMK), which went into effect in June 2005, made it very clear that public prosecutors have the authority to file public lawsuits based on complaints made to them or of their own accord after investigating a case. "As has been said above, the justice minister has no power to give orders or directives to public prosecutors to start a preliminary probe or file a public lawsuit," the statement said.

Meanwhile, a senior judge whose secret meeting with a top general was exposed by a newspaper admitted that the meeting had indeed taken place two days after denying the claim, newspapers reported on Sunday.

The Taraf daily on Friday reported that Constitutional Court Deputy President Osman Paksüt met in secret with Gen. İlker Başbuğ on March 4, 2008, at Land Forces Command headquarters. Friday afternoon, Paksüt confirmed Taraf's report that the two figures had indeed met, but denied speculation that they communicated information on lawsuits filed with the top court against the ruling Justice and Development Party (AK Party). Both Paksüt and Başbuğ on Friday in separate statements stated that the army's operations in Iraq were the only topic of conversation.

On Saturday, Enis Berberoğlu, the Ankara bureau chief of Hürriyet daily, wrote in his newspaper that Paksüt had sharply denied that a meeting between him and a general had taken place when questioned by the newspaper's correspondents on Wednesday, only two days before his Friday confession.

Taraf's report claimed security cameras located at the headquarters' entry and exit points were tampered with ahead of Paksüt's visit and that the floor where the meeting took place had been completely evacuated. The Taraf article noted that the meeting occurred seven days after a headscarf amendment sponsored in Parliament by the ruling AK Party was challenged at the Constitutional Court and 13 days before a suit against the AK Party was filed at the court, seeking to shut it down over allegations that it had become a focal point of anti-secular activity.

Paksüt in his statement on Friday said, "The people who make sure all this gets published in a newspaper three months after that meeting are monitoring all my moves." Paksüt stated that this proved his earlier allegations that his phone conversations were being monitored had not been mere paranoia.

Late last month Paksüt and his wife claimed they were being chased on a particular day after meeting with a former AK Party deputy and even called the Ankara police chief to the scene.

He also accused Taraf of "making up" details such as the floor where the meeting was held being cleared out and security cameras being tampered with to add "mystery" to the report.

Ahmet Altan, the editor-in-chief of Taraf, was quoted in the press yesterday as saying the idea that people are following Paksüt is absurd. "Paksüt says the security cameras were not blurred. How does he know? Did someone at the command tell you, 'Oh, we still have the cameras on'? When he 'confirmed' our report, he said, 'They are following me.' I don't know if he'd see this as a relief or not, but our source was from within the General Staff and not someone following Paksüt's every move.