Protesters said several people were beaten up by police when they tried to march towards the plant in Singur, an hour's drive from Kolkata. 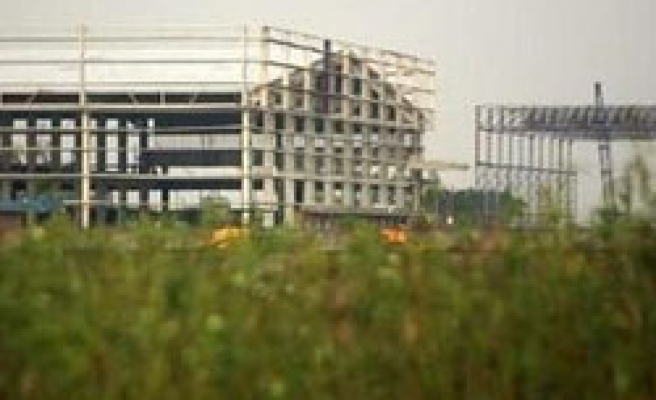 At least 1,000 protesters opposing the seizure of farmland for a Tata Motors plant, due to assemble what has been billed the world's cheapest car, clashed with police in eastern India on Thursday.

Protesters said several people were beaten up by police when they tried to march towards the plant in Singur, an hour's drive from Kolkata. Police said no one was injured in the demonstration.

The 100,000-rupee ($2,380) snub-nosed Nano was unveiled in January to a popstar reception, but violent protests and political opposition against land seizures for the factory in West Bengal state threatened to delay its long-awaited launch.

"No one was injured. They blocked a highway near the project for hours and then dispersed," senior police official Raj Kanojia said.

The protesters were organised by supporters of India's ruling Congress party, which opposes the communist-run government in West Bengal.

"Police rained batons on us leaving dozens of us injured," said Abdul Mannan, the Congress party leader who led the march.

The protests that Tata faces reflect a larger stand-off between industry in India and farmers unwilling to part with land in a country where two-thirds of the billion-plus population depend on agriculture.

In Singur, protesters have occasionally tried to stop work at the factory and fought with workers. An engineer had to be taken to hospital after his car was stoned last month.

West Bengal's communist government on Tuesday began talking to leaders of Trinamool Congress, the state's main opposition, which has been championing a movement by farmers unwilling to give their land.

Tata Motors, a unit of conglomerate Tata group, plans to launch the Nano later this year from its new factory at a 1,000-acre (400-ha) complex in Singur.

Why only "Hindus"?!? There are representation from all communities (Muslims; Christians..)..the protest is from farmers