'History will judge this decision'

Erdogan made a keynote speech at the first meeting of the Turkish Industrialists' & Businessmen's Association (TUSIAD) and leaders of political parties, in Istanbul. 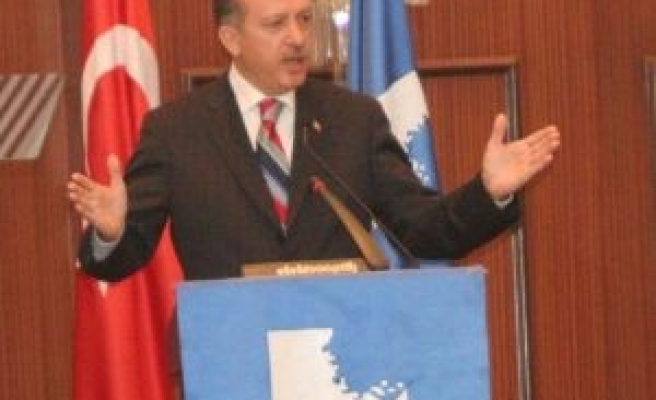 "There can be no economic stability without democratic stability," said Turkish Prime Minister Recep Tayyip Erdogan on Wednesday.

Erdogan made a keynote speech at the first meeting of the Turkish Industrialists' & Businessmen's Association (TUSIAD) and leaders of political parties, in Istanbul.

"For many years, Turkey suffered from coalition governments unable to make decisions; guide foreign policy and manage foreign trade. Between 1946 and 2006, 45 governments have been formed.

"Just look at the servicing periods of these governments. It is 17 months (on average). What can those governments do in 17 months? It is impossible to implement an action plan in such a (short) period of time.

"The Justice & Development (AK) Party was established at a time when a coalition government of three parties suffered of political, economic and social instability" noted Erdogan.

In reference to the recent decision of the Turkish Constitutional Court on the lack of quorum at the parliamentary general assembly during the presidential election, Erdogan said: "history will judge those who have made such a decision. This is my belief."

He also underlined that the main opposition Republican People's Party (CHP) "ran away from the people by not participating in the presidential election rounds at the parliament".

Prime Minister Erdogan recalled that the upcoming election should not be considered as an "early election" since it will take place after five years.

He added that "immunity" should be lifted for every one, including public servants and judiciary.