Hizbullah says among the 157 were Lebanese, Palestinian, Syrian, Jordanian and Libyan, a Kuwaiti and a Tunisian. 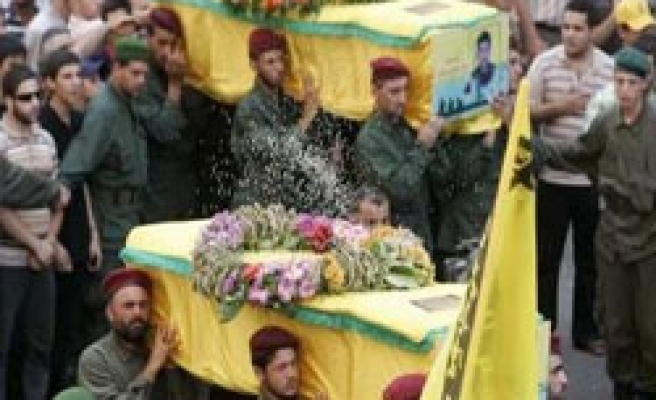 Hizbullah has identified 157 fighters whose bodies Israel returned in a prisoner swap with Hezbollah.

Hizbullah says DNA tests identified the nationalities of the fighters. Among the 157 were Lebanese, Palestinian, Syrian, Jordanian and Libyan, a Kuwaiti and a Tunisian.

Twenty-one Palestinian fighters were buried Monday in a cemetery on the edge of a Palestinian refugee camp in Beirut. Around 95 bodies will be taken to Syria on Tuesday.

Hizbullah's Al-Manar TV said DNA tests were still under way to identify the remains of 32 other bodies.

Israel released five Lebanese prisoners and the remains of almost 200 fighters in return for the bodies of Israel soldiers Ehud Goldwasser and Eldad Regev.