Hopes fade for 65 feared drowned in Tanzania mine

Hopes faded on Sunday for 65 miners feared drowned in Tanzania after floods swept through a remote gemstone mine near Mount Kilimanjaro. 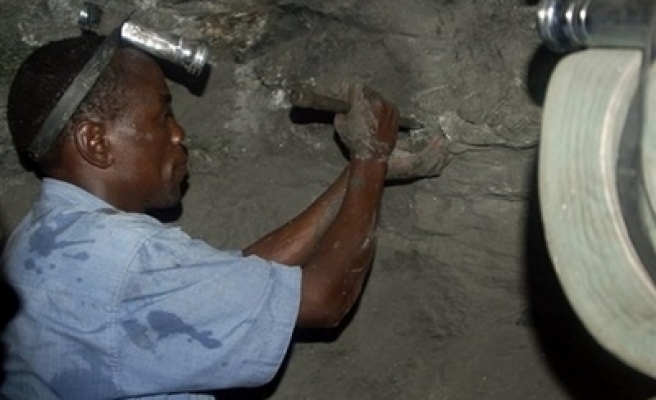 Manyara Regional Commissioner Henry Shekifu said six bodies had been recovered and that 59 workers were missing after the disaster near the northern town of Mererani. Thirty-five people had been rescued.

"That's the latest information we have this morning," Shekifu said by telephone from the scene. He said floods swept into eight pits early on Saturday, drowning miners.

Volunteers rushed to the scene and the government said it was bringing equipment to drain the water as fast as possible. But engineers were battling to restore power after the flash floods brought down electricity poles.

Much of east Africa has been hammered by torrential seasonal rains this week, swamping city slums, damaging crops and cutting off remote villages.

Mining accidents are relatively common in the north of Tanzania, which is the continent's third biggest gold producer after South Africa and Ghana.

Mererani, south of Arusha city, is the only place in the world where the violet-blue gemstone tanzanite is found.

It was discovered in the late 1960s and at some pits it is still mined haphazardly by small-scale prospectors with little capital using crude, unsafe technology.

As well as floods, miners have sometimes died in explosions or suffocated. In 2002, at least 48 workers were killed when a compressor used to pump clean air failed.