Zimbabwean police have brutally beaten hundreds of activists and ordinary people in recent months after a crackdown on dissent by President Robert Mugabe's government, a rights group said on Wednesday. 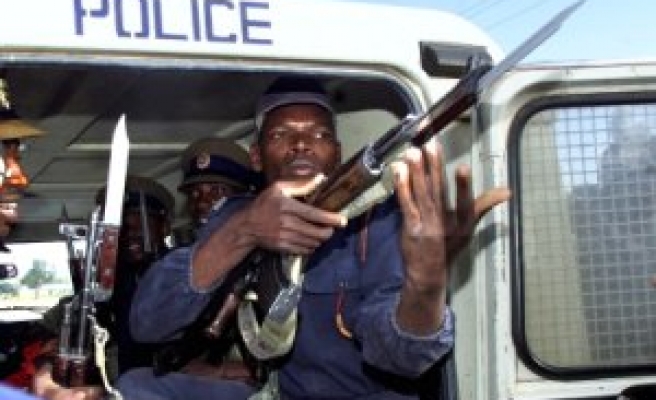 Zimbabwean police have brutally beaten hundreds of activists and ordinary people in recent months after a crackdown on dissent by President Robert Mugabe's government, a rights group said on Wednesday.

Human Rights Watch said police had been randomly arresting and beating up Zimbabweans they accuse of supporting the opposition Movement for Democratic Change (MDC) since its leader Morgan Tsvangirai was detained and beaten in March.

Zimbabwe's government has repeatedly warned of tough action against opposition supporters it accuses of mounting a "terrorist campaign" to topple it at the behest of Mugabe's critics in London and Washington.

Human Rights Watch, in a report entitled "Bashing Dissent: Escalating violence and state repression in Zimbabwe," said police went on a two-week rampage in March, randomly beating people in the streets, in shopping malls and beer halls in suburbs of the capital Harare, which are considered opposition strongholds.

Police went house to house beating people with batons and had imposed an informal curfew in some Harare suburbs as high levels of repression continue, the group said after a two-week fact-finding mission in the southern African country.

"Right now, no one walks about after 7 p.m. unless you want a beating," Human Rights Watch quoted one resident of a Harare suburb as saying.

The group urged Zimbabwe's police and security forces to halt the excessive use of force against protesters and to stop intimidating and beating activists and ordinary people.

The government has banned protests and rallies across much of Harare since March, when police clashed with opposition supporters.
Last Mod: 03 Mayıs 2007, 13:21
Add Comment