Hu Jintao was re-elected Saturday as China's president and head of its military commission for second five-year term. 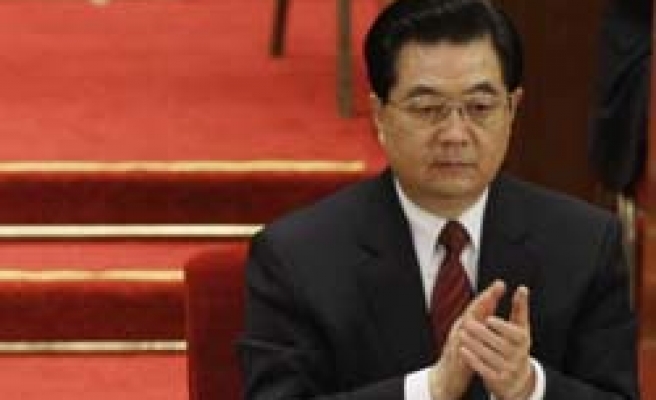 Hu Jintao was re-elected Saturday as China's president and head of its military commission, a formality to cement a second five-year term for the leader of the world's most populous country.

The National People's Congress also appointed Xi Jinping, a top Communist Party leader and the son of a revolutionary, as vice president. Xi is the apparent heir to the leadership and has risen quicken through the party's ranks in just six months.

The congress also approved a plan to reshuffle the Cabinet by establishing five 'super ministries' and a ministeriAl level energy commission.

Under Hu, China has prospered economically and seen a rise in its international profile. Hu and Premier Wen Jiabao are widely popular among Chinese, who feel the leaders are hardworking and sympathetic to their struggles.

This summer, Beijing will host the Olympic games, an event that is a great source of national pride and which the leadership hopes will show off a dynamic 'new China' to the world.

But Hu and his advisers face stiff challenges during his second term: Soaring food costs have driven inflation to their highest levels in nearly 12 years. Deadly rioting in the far western region of Tibet underscored ethnic tensions. Freak snowstorms this past winter brought many parts of China to a halt, highlighting weaknesses in transportation and infrastructure.

Xi, the apparent leader-in-waiting, has taken an unusually visible role since vaulting from his position as the Communist Party boss in Shanghai to the party's inner sanctum. He is overseeing preparations for the Olympics and has received visiting foreign statesmen.

The vice presidency, though devoid of real power, also will allow Xi to nudge his profile higher.

Like all would-be successors in rank-conscious China, Xi is careful to talk up his boss, telling officials in meetings to study Hu's speeches and follow his orders to boost social services and spread the benefits of rapid economic growth more broadly.

Hu is believed to favor the party's seventh ranking official, Li Keqiang, to succeed him. Li has failed to receive the same level of support as Xi from other top party officials.